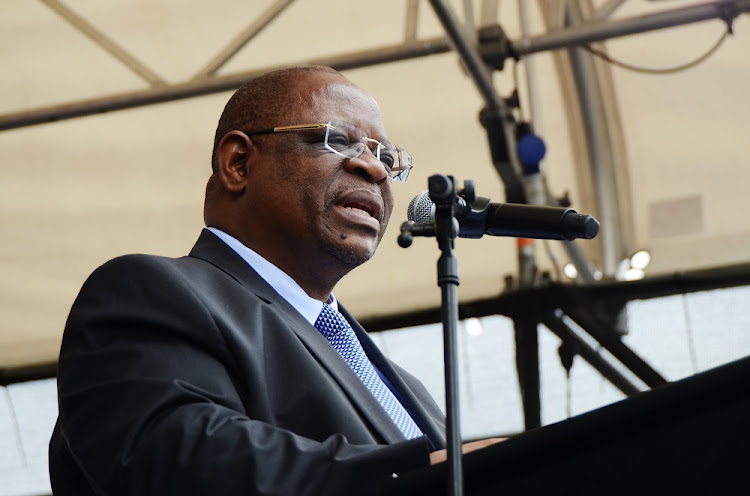 The state capture commission of inquiry headed by deputy-chief justice Raymond Zondo has terminated the services of a company owned by Bosasa, which has been implicated in the inquiry.
Image: Mduduzi Ndzingi

A company falling under the umbrella of controversial state contractor Bosasa has had its contract with the state capture commission terminated and been ordered to remove its equipment from the premises of the commission.

This following a City Press article in July 2018 that showed that the company – GTS‚ a Bosasa subsidiary – had been contracted by the justice and constitutional development department to provide security services to the commission.

This appointment came despite years of allegations against Bosasa in various media – with the allegations later playing out in dramatic fashion from January when former company bosses testified at the state capture commission. The article also questioned whether proper procedures had been followed in making the appointment.

In a statement on Friday evening - which was released "at the instance" of the commission’s chair‚ deputy chief justice Raymond Zondo – it was confirmed that GTS was immediately "no longer providing any services to the commission and was asked to remove its equipment from the premises of the commission".

The announcement came the same day as the SA Revenue Service pounced on Bosasa's headquarters. The company - now known as Africa Global Operations - has gone into liquidation.

"In the meantime GTS was stopped from providing security services to the commission until such investigation as had been undertaken had been completed‚" the statement read.

It continued that communication between the commission and the justice department "was followed by a forensic investigation into the issue".

"The commission and the department are agreed that procurement procedures were not followed in regard to GTS‚ but the minister of justice and constitutional development [Michael Masutha] will in due course inform the public in greater detail of the outcome of the investigation‚" the statement read.

It was then clear‚ it continued‚ that "GTS should not have been appointed or contracted or brought in to provide services to the commission while those allegations remained unresolved".