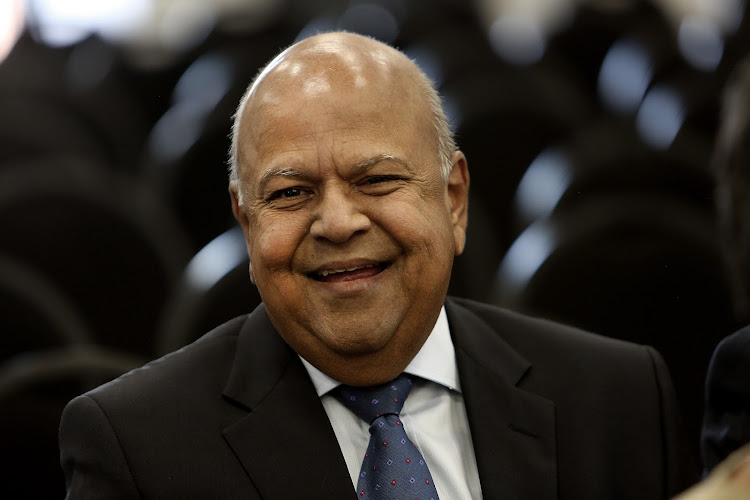 The ANC has apologised to public enterprises minister Pravin Gordhan after the party accused him of undermining black engineers.
Image: ALON SKUY

The ANC on Thursday apologised to public enterprise minister Pravin Gordhan and the party’s head of organising and NEC member Senzo Mchunu after criticising them for comments made about black engineers at Eskom.

In a statement released on Wednesday‚ the ANC attacked Gordhan and Mchunu for alleged comments on black professionals which “were neither warranted nor acceptable”. The pair were accused of making disparaging remarks about black engineers at the parastatal.

Now‚ shortly after Gordhan had demanded an apology from the ANC‚ his political bosses backtracked and said they were sorry.

The hate speech case between public enterprise minister Pravin Gordhan and EFF leaders Julius Malema and Floyd Shivambu has been moved to the South ...
News
2 years ago

“The African National Congress‚ following a thorough investigation on statements attributed to both minister of public enterprises‚ Cde Pravin Gordhan and the ANC head of organising‚ Cde Senzo Mchunu‚ has established that their remarks were taken out of context.

“The ANC extends an unreserved apology to both Cde Mchunu and Gordhan for its statement issued following these media reports. The ANC acknowledges the importance of constructive engagement with all professionals including black engineers and the Black Management Forum‚” acting spokesman Zizi Kodwa said in a statement on Thursday night.

The statement said the party would meet with black professionals in the coming week and “engage on issues of mutual interest”‚ as well as “unpack how the ANC’s manifesto responds to the pressing issues affecting them that arose from earlier engagements”.

The backtrack comes shortly after Gordhan lashed out at a statement by Luthuli House that rebuked his and Mchunu’s comments.

Speculation that the ANC would bow to pressure from former KwaZulu-Natal premier Senzo Mchunu’s lobbyists to give him a senior government position ...
News
3 years ago

In a fiery letter written to ANC secretary general Ace Magashule‚ Gordhan said: “I want to state emphatically that I have not made any public statements diminishing the status of black engineers.”

In the letter seen by SowetanLIVE - which was also sent to ANC president Cyril Ramaphosa - Gordhan demanded that the statement be retracted and there be a public apology to him from the ANC spokesperson.

“I … reject and find extremely offensive the contents of the statement‚” he said.

The ANC said in their statement that the party leadership would meet with both Gordhan and Mchunu.

Gordhan dubbed the statement as being reckless‚ and said it raised doubts about the commitment to build a resilient and effective ANC.

“It would appear that some individuals at Luthuli House give more credence to the orchestrated utterances of individuals like Matshela Koko‚ who has done so much of damage at Eskom‚” he said.

In parliament on Thursday‚ Gordhan urged Eskom engineers not to be sidetracked by "fake news from previous managers of Eskom".

He further said that Eskom was looking to recruit all "new generation" engineers.