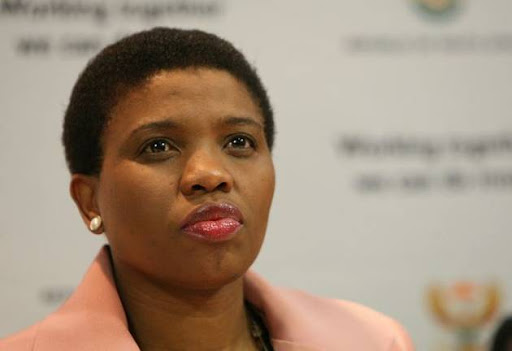 Embattled deputy national director of public prosecutions Nomgcobo Jiba has denied under oath that she received any bribe money from Bosasa or meeting anyone involved with the controversial company.

Testifying before the inquiry into her and advocate Lawrence Mrwebi’s fitness to hold office‚ Jiba said she had never received any money from Bosasa and was not involved in the cases involving the company.

Former Bosasa chief operating officer Agrizzi testified before the Zondo commission of inquiry into state capture that former correctional services boss Linda Mti would meet weekly with a team of NPA people which had included Jiba. He alleged that Mti was given cash of R100‚000 a month for Jiba in exchange of documents in the Bosasa case.

Shock revelations from the NPA inquiry so far

Testimonies on Nomgcobo Jiba's fitness to hold offce have dominated the inquiry.
News
2 years ago

Agrizzi was meant to testify before the inquiry into the two advocates' fitness to hold office but pulled out after he was arrested earlier this month.

"I want to state it on record‚ I have never been paid any (or) some of the R100‚000 by Mr Agrizzi‚ by Mr Mti‚ by [Bosasa boss] Mr Watson and all of those names mentioned there‚” she said.

She said she had nothing to do with Bosasa from 2009 until 2012 and only got involved when she received briefings on cases when she was acting national director of public prosecutions.

“I've never been paid any R100‚000‚ my salary comes from the NPA‚” Jiba said‚ adding that she had never received any money from Bosasa.

Jiba has been testifying on Thursday before the inquiry chaired by Judge Yvonne Mokgoro‚ denying accusations made before the commission by some of her colleagues that prosecutorial decisions she had made had been politically influenced.

She also denied accusations that she had been influenced by a faction of the ANC‚ saying she didn’t know about any factions in the ruling party.

"It’s incredibly difficult to have people work in an organisation that are either spying on the organisation to give information to accused people or ...
News
2 years ago