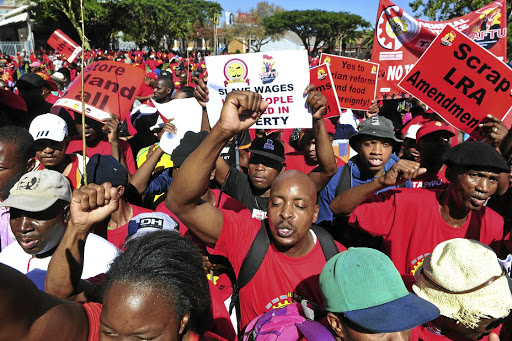 Finance minister Tito Mboweni has introduced measures to trim the public sector wage bill by R27bn in the next three years.

Tabling the Budget in the National Assembly yesterday, Mboweni said the measures to rein in the burgeoning civil service salary bill would include offering early retirement packages to about 30,000 public servants between 55 and 59 years old.

Mboweni said national and provincial departments would be phasing out the payment of performance bonuses to civil servants over the next four years, which amounted to R2bn a year.

This comes as government operates in a tough economic environment in which its spending for the 2019/2020 financial year (R1.8-trillion) outstrips its revenue collection (R1.5-trillion), leaving a budget deficit of R243bn.

Public sector salaries stand at R585bn a year. According to the Budget Review document, they are projected to cost R627bn by next year.

"[At] times, this will [be] complemented by limits on overtime and bonus payments as well as pay progression."

He said he was also targeting the hiring of civil servants deployed to SA embassies across the world. "The system of staffing our diplomatic missions is unjustified and should be reviewed urgently."

To restore certainty in the country, economics students expect minister of finance Tito Mboweni to allocate money for infrastructural development to ...
News
2 years ago

"As a gesture of goodwill, members of parliament and provincial legislatures and executives at public entities will not be receiving a salary increase this financial year.

"My colleague, minister Ayanda Dlodlo [of public service and administration] will outline details of the early retirement framework during the course of the work."

The Budget Review document states that there would be no penalties for those who take up the early retirement offer, with government absorbing the related costs.

"[The] government has decided to scale up early retirement without penalties. Where feasible, older employees will be allowed to retire early, with younger employees taking their place.