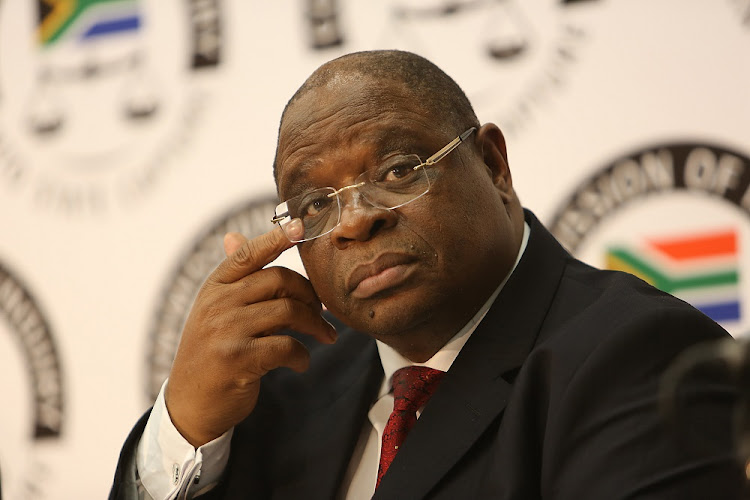 The Zondo commission must summon those implicated in state capture allegations to compel them to provide their version of events, the inquiry’s evidence leader said on Wednesday.

"Some individuals who have been implicated in the state capture at SOEs (state owned enterprises), have said they will cooperate with the commission, while others have denied the allegations," Maleka said.

He said the commission was currently interacting with people implicated in the state capture project, adding that some had become whistleblowers, others had agreed to cooperate with the commission but some “flatly disputed the allegations”, with the latter group being the ones that Zondo should consider when invoking his powers to have them give their version of events.

Eskom board chairperson Jabu Mabuza will be the first witness to take the stand at the Zondo commission when it begins its investigation into state ...
News
3 years ago

"We believe the time has come for the commission to have a balanced view of allegations of capture,” Maleka added.

Maleka said despite the many allegations against individuals, against certain people there are "troublesome gaps" in the information on Eskom.

Zondo told Maleka that he and the commission’s legal team should consider not waiting until the end of the estimated two and half to three weeks that the commission would focus on Eskom to give those implicated time to respond to these allegations and prepare their statements.

Correctional services has activated an emergency response plan to ensure inmates are fed after Bosasa filed for voluntary liquidation.
News
3 years ago

The company, which is embroiled in allegations of state capture, has gone into voluntarily liquidation following the closing of its bank accounts
News
3 years ago
Next Article