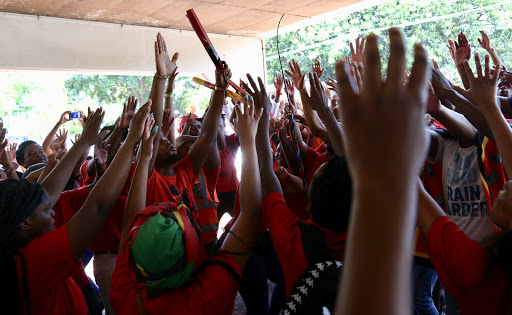 The Durban high court has granted the Durban University of Technology (DUT) a temporary interdict barring students from protesting near any of their campuses.

The university filed the urgent interdict on Wednesday against 22 respondents including the university's entire SRC‚ the EFF Student Command as well as all registered students.

The court challenge comes after three weeks of disruptions at the five Durban campuses. Lectures were suspended two weeks ago following the fatal shooting of Mlungisi Madonsela‚ who was killed during clashes between students and campus security outside the university's Steve Biko campus.

The students were protesting against the National Student Financial Aid Scheme and student housing issues.

Lectures were scheduled to resume on February 18 but were disrupted by members of the EFF Student Command (EFFSC) who asked students to leave the campus or they would be "dealt with decisively".

The EFF students then held a march to the Durban city hall on Monday to hand over a memorandum demanding justice for Madonsela.

The order‚ which both the university and the respondents consented to‚ stated that students would not be allowed to protest or march within 150m of the university or incite violence.

"Nothing in this order should be constructed as prohibiting or preventing the first 20 respondents‚ who are registered students of the applicant from peacefully attending and participating in lectures and associated activities‚" read the court order.

Sesiyanda Godlimpi‚ president of the EFFSC-led SRC said that this was an attempt by the university to silence students.

The interdict was extended until March 8‚ by when responding affidavits must be filed.

Embattled DUT to resume lectures after death of student

It will be business as usual at the embattled Durban University of Technology (DUT) when lectures resume on February 18.
News
2 years ago

The streets outside the Durban University of Technology (DUT) were painted red on Tuesday as EFF Student Command members marched in honour of slain ...
News
2 years ago

The body of a 30-year-old DUT staff member and residence adviser was found in his room on campus Sunday morning.
News
2 years ago