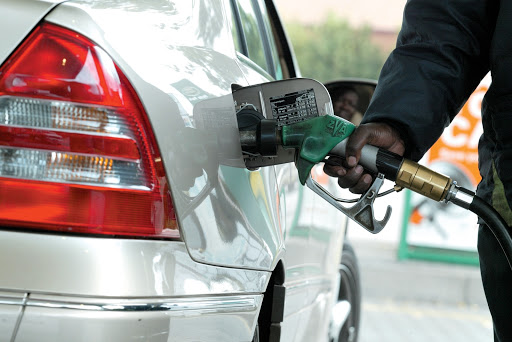 The Automobile Association of South Africa (AA) has criticised the introduction of a new carbon tax on fuel‚ describing it as unfair for motorists and consumers.

The tax was announced by finance minister Tito Mboweni during his budget speech on Wednesday.

“Besides being an additional line of tax on the fuel price‚ the inclusion of a carbon tax is grossly unfair by government‚ given the fact that South Africans will now be paying an emissions tax on inferior quality fuel - despite not having access to higher quality fuels‚ which are available in many other markets in the world‚” said the AA.

Mboweni said the carbon tax on petrol would be 9c per litre and 10c per litre for diesel‚ effective from June.

The new tax is expected to assist in fighting pollution and climate change. It is set to be reviewed after three years.

The association expressed relief that Mboweni did not increase fuel levies above inflation‚ as has been the case in previous years.

“Even though the increases to the general fuel and RAF levies are lower than expected‚ we remain concerned that these levies are seen as the ‘go-to’ taxes for easy increases by government‚" said the AA in a statement.

"Now‚ with the addition of the carbon tax on fuel‚ this ‘easy’ tax collection method is being further exploited‚ thus adding another line of tax to the fuel price.”

Another increase on sin taxes is on the cards, finance minister Tito Mboweni announced on Wednesday.
News
3 years ago

“With the increases announced in the budget speech today‚ these levies will now increase by a combined 29c for petrol and 30c for diesel‚ which include a 9c and 10c addition for the carbon tax on petrol and diesel respectively‚” said the association.

According to Mboweni’s speech‚ the total cost of the general fuel levy‚ the RAF levy and customs and excise taxes‚ plus the new carbon tax‚ would amount to R5.63 per litre for petrol and R5.49 per litre for diesel‚ as of April.

The association said the increase in levies represented a substantial portion of the fuel price. It said the increase would add to the “burden” felt by consumers‚ particularly poorer people who paid both directly and indirectly through the costs passed on to them by manufacturers and retailers who also have to pay these taxes.

No direct increases in corporate and individual taxes

A gain of R12.8bn will accrue to the fiscus because no adjustment has been made to tax tables to take bracket creep into account
Business
3 years ago

“Fuel is a volatilely priced commodity. Geopolitical developments affecting international oil production and supply and the value of the rand against the US dollar both play a major role in its monthly determination."

While 2019 has started relatively smoothly in terms of the fuel price‚ the AA warned that “there is no guarantee prices will remain as flat as they are currently‚” with preliminary forecasts predicting an increase of at least 50c per litre.