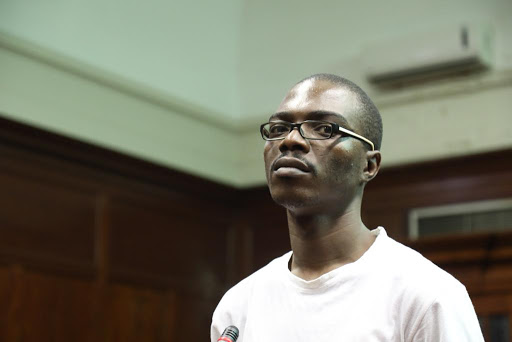 The defence in the Sadia Sukhraj murder trial say their first witness‚ a policeman‚ will give vital information that will help murder accused Sibonelo Mkhize.

Mkhize‚ 39‚ was arrested after allegedly hijacking the car in which the Shallcross schoolgirl and her father Shailendra were travelling in May 2018. He faces two charges of murder. The second relates to the death of his alleged accomplice‚ Siyabonga Blose. He has pleaded not guilty.

Defence lawyer Sizwe Masondo told the high court in Durban on Wednesday that he intended to call Sergeant Laurence Moodley to the stand.

Moodley is the policeman who transported Mkhize to the Chatsworth police station after the botched hijacking.

The father of Sadia Sukhraj fought back tears as he recalled seeing his daughter's lifeless body at a hospital.
News
3 years ago

"The evidence of Sergeant Moodley is vital to this case in relation to the clothing‚" said Masondo.

During his second day on the witness stand on Tuesday‚ Mkhize took issue with how witnesses who put him at the scene described what he was wearing. They said he was wearing dark pants and a shirt.

“Some of the things I was wearing‚ but there are some things that are very distinct that I was wearing that they didn’t mention‚ like my green pullover and glasses‚” said Mkhize.

Mkhize also said he was carrying a bag at the time of his arrest‚ but Warrant Officer Hemant Raghoonundun‚ the off-duty officer who arrested Mkhize‚ had testified that Mkhize did not have any items on him.

The man standing trial for the murder of nine-year-old Shallcross schoolgirl Sadia Sukhraj has maintained his innocence.
News
3 years ago

“I took it [the bag] along with me to the police station. The bag had a set of my earphones‚ white in colour‚” said Mkhize.

On Tuesday‚ a confident and calm Mkhize maintained that on the day of the hijacking‚ he had been on his way back home from purchasing dagga. He claimed that two men had grabbed him and taken him to the scene of the hijacking‚ where he was assaulted.

The matter will resume on Thursday‚ when Moodley is expected to testify.