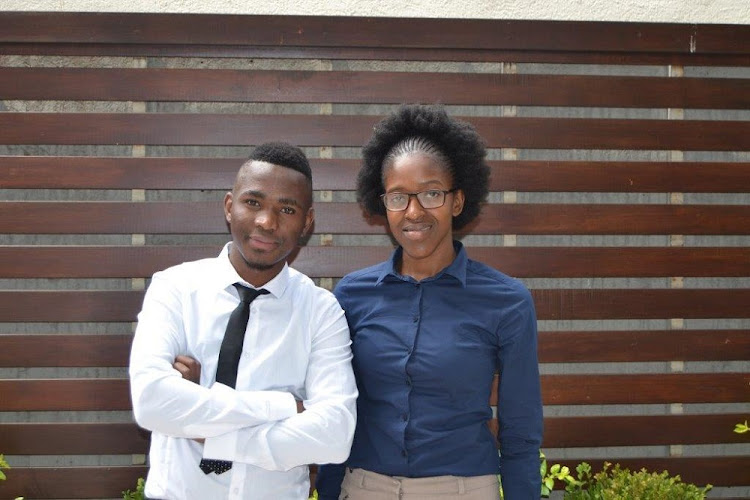 Future economists Mongi Tshaka and Zaziwe Maluleke said all eyes are on the minister of finance as the country's economy is in an ailing state.
Image: Yoliswa Sobuwa

To restore certainty in the country, economics students expect minister of finance Tito Mboweni to allocate money for infrastructural development to create jobs and attract investors.

Sowetan spoke to two of the 20 finalists of the Nedbank and Old Mutual budget speech competition ahead of Mboweni's maiden budget speech in parliament on Wednesday.

Mongi Tshaka, 24, a master's economics student at the University of Fort Hare in Alice, Eastern Cape, said the economy was not doing well at the moment.

“There are high levels of unemployment and sluggish economic growth. I hope the minister will prioritise on the infrastructural development because at the moment we don’t have proper infrastructure, especially in the townships. There should be a considerable portion towards the support of small, medium and micro-sized enterprises (SMMEs),” he said.

Tshaka said the country was also losing a lot of money due to corruption that is happening in both the private and public sectors.

Finance minister Tito Mboweni has introduced measures to trim the public sector wage bill by R27bn over the next three years.
Business
2 years ago

Another finalist, Zaziwe Maluleke, 22, a BCom economics honour's student at the University of Johannesburg, said she expected the minister to avail funds for state-owned companies without putting pressure on the fiscus.

“I would expect that there would be tax increases but since there are elections coming up, it's not going to happen because the ruling government is trying to get votes. Unfortunately, they are now spending more rather than raising revenue,” Maluleke said.

Chief communication officer at Old Mutual Tabby Tsengiwe said Old Mutual is proud to support an initiative that motivates students in economics and finance to apply their minds to constructive solutions to socioeconomic challenges.

“Our youth have a vital role to play in increasing levels of inclusive economic growth,” Tsengiwe said.