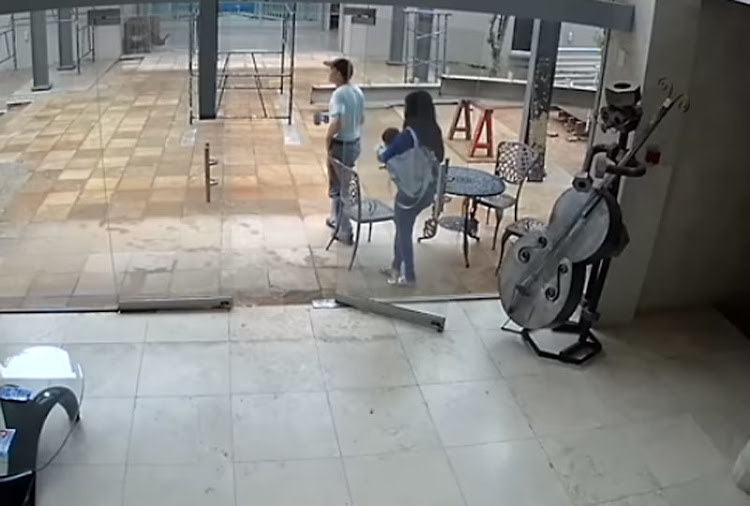 A gang of three people, including a woman carrying a baby, is stealing cellphones and other valuables in Bedfordview, east of Johannesburg.

In video footage, the woman can be seen carrying a baby and standing behind a man identified as Peter Faucitt, the co-owner of RegimA Zone, a skin treatment centre.

Faucitt is seen getting up from a chair and looking away. The woman then walks closer to the table where his cellphone is placed, before grabbing it and walking away.

Video footage of a woman carrying a baby while stealing a smartphone has emerged at an office building in Bedfordview.

A long-distance driver who was trying to get some shut-eye in his truck was rudely awakened to find a thief robbing him of his belongings.
News
3 years ago

WATCH: Brazen thief walks in empty-handed and calmly drives off in Rolls Royce

One would think there is tight security at luxury car workshops but all it took was a convincing tone and looking the part for a brazen unidentified ...
News
4 years ago

Faucitt's wife Jacqui said the woman was in the company of two men. One of the men was waiting in a getaway vehicle. She said the man distracted her husband, giving the woman an opportunity to steal the cellphone.

“These people seem to be doing this in the area. The woman entered our premises under the pretence of wanting to get her nails done. The man she was with asked Peter about getting rid of a scar,” she said.