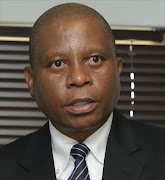 The City of Johannesburg has taken the decision to shut down the M2 Bridge after engineers declared parts of the bridge a high danger risk for motorists.

The M2 road will close on February 28 between the Crown Interchange and the Maritzburg Street off-ramp.This comes after the Johannesburg Roads Agency (JRA) realised last week after investigating solutions to repairs of the bridge that parts of the support structure had moved, affecting structural stability on some of the M2 highway.

City of Johannesburg mayor Herman Mashaba said: "This was a very hard decision to make and in as much of an inconvenience this process of repairing the bridge will take, I would rather deal with angry residents than disaster."

"We have tried to find alternative ways to repair the bridge but unfortunately last week we got feedback from engineers who made it clear that there is no other way. We are forced to close it,” said Mashaba.

Mashaba also said he would like residents to understand that the closure of the bridge is for the safety of the public.

“It is urgent that we need to close the bridge and allow the engineers to do their work and complete the process,” he said.

Head of planning at JRA Thomas Chongo said the bridge would be closed from next Thursday at 6am until October this year.

“We have realised that the decks and the pillars of the bridge have severely cracked.”

Chongo said the 10-month closure will focus on replacing the pillars and reconstructing the decks that have sunk into the columns which are the core supporters of the pillars holding the bridge together.

"We have also realised a big challenge of vandalism which is also contributing to the collapsing on the bridges in the city. The people living on the pillars who have used all sort of dirt to block the draining systems of the bridges for self-accommodation have led to blockages of water release pipes that exit from the bridge.”

He pleaded with law enforcement agencies to come and assist the JRA to ensure that the vandalism stops.

“We have decided to replace the steel covers of the bridge with concrete ones after realising the steel and metal ones were being stolen and vandalised by homeless people."

Transport MMC Nonhlanhla Makhuba urged all motorists to be patient and start looking at alternative routes for the M2 westbound off-ramps to go to work and for their day-to-day travelling.

“We urge people to start leaving hours earlier than usual. It will not be easy but this difficult decision has forced all of us to co-operate for the safety of residents and motorists and the successful rebuilding of the bridge.”