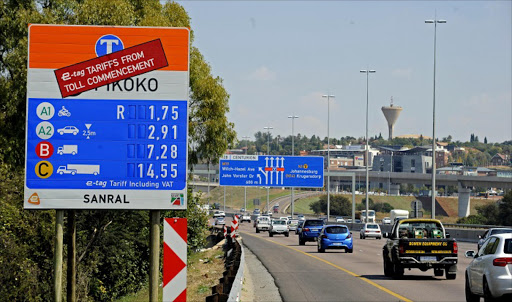 Gauteng premier David Makhura has reiterated that the ANC-led provincial government is committed to doing away with the controversial e-toll system.

“While the user-pay principal is not in question as far as we are concerned, there is clear recognition that urban tolling increases the cost of living and is therefore unsustainable,” said Makhura.

Without providing details of how the government plans to scrap e-tolls, Makhura said government teams are “hard at work” to find a solution to the e-tolls.

“There is no question anymore. South Africa and national government is persuaded and is convinced that urban tolling increases the cost of living and, therefore, it is not sustainable.”

At the weekend, the ANC in the province wrote a letter to President Cyril Ramaphosa to express its dissatisfaction about the government's non-commitment on the scrapping of e-tolls after it marched to the Union Buildings to deliver a memorandum of demands to scrap e-tolls.

A contract between Electronic Toll Collection and the South African National Roads Agency has been extended for another year.
News
3 years ago

Sanral’s e-rolling project has been in place for over five years and it’s still unclear how the system, which has debt exceeding R40bn, will be financed.

In November 2018, trade union Cosatu and the ANC in the province led by Makhura in his capacity as the party’s chairperson, led a march to highlight the failure of the system.

In an open letter addressed to Ramaphosa, provincial secretary Jacob Khawe aired his disappointment that there was no mention of scrapping the e-tolls in his latest State of the Nation Address.

“However, we really must say to you, Mr President, that we are deeply disappointed by the fact that your speech said nothing about scrapping of e-tolls. The e-tolls have not worked in our province and the overwhelming majority of Gauteng motorists continue to refuse to pay,” Khawe said.

Gauteng residents may have to wait for some time before clear word comes through on what should happen to the failed e-tolling system.
News
4 years ago
Next Article