Bushiri's lawyers will fight for him to keep his luxury jet 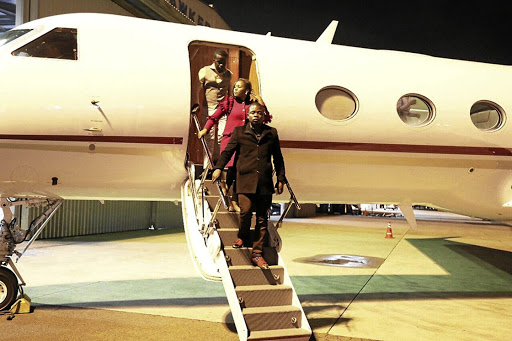 Self-proclaimed prophet Shepherd Bushiri’s private jet is subject to an application of attachment by the Asset Forfeiture Unit (AFU).

The Hawks said on Sunday the application for the R20m jet to be confiscated was part of the SA government's investigation into the controversial Malawian pastor and his wife, Mary, according to various news reports.

The founder of the Enlightened Christian Gathering Church and his wife are currently facing fraud and money laundering charges.

The contravention is in relation to exchange control regulations allegedly involving foreign currency of $1.1m (about R15m). They are out on bail and are due to return to the Specialised Crime Court in Pretoria in May.

EWN quoted Hawks spokesperson Brigadier Hangwani Mulaudzi as saying: “Mr Bushiri’s lawyers were handed the documents (from the application to attach the jet). Unfortunately, he’s to oppose the application..."