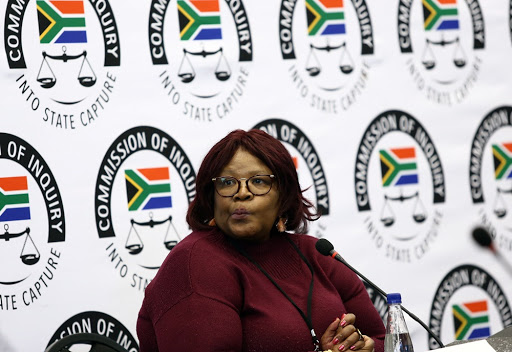 Congress of the People (Cope) spokesperson Dennis Bloem told the state capture inquiry on Thursday that he met Vytjie Mentor in 2010 and she told him that one of the Gupta brothers had offered her a cabinet post.

Bloem‚ who at the time was one of Mentor's ANC colleagues in parliament‚ corroborated parts of Mentor's testimony to the commission relating to an alleged meeting she had with the Gupta family at their Saxonwold home in 2010.

Mentor claimed she was offered the public enterprises ministerial post in exchange for cancelling a SA Airways flight route between Mumbai and Johannesburg once she took up office.

Mentor previously told the commission that she told Bloem about the meeting.

Not everything appears to be adding up for former ANC MP Vytjie Mentor at the commission of inquiry into state capture.
News
2 years ago

"Mentor called me to say that she is making an appointment with me to meet her and she wants to tell me something. That meeting must be in one of parliament's lounges. The meeting was after the winter recess‚" Bloem said on Thursday.

"She said she went to Saxonwold and she had a meeting with the Gupta brothers‚ but it was only one of them. She did not give me the name of this person.

"She said this person was offering her the position of a minister of public enterprises ... If she agrees to cancel the route of India and give it to them."

"She was telling me she refused flatly. How can these people offer her a position of a minister. She said this person (one of the Gupta brothers) got very angry and said he's very disappointed in her that she is not agreeing with him. She said she told this person she wants to go‚" Bloem said.

Bloem said he kept Mentor's information confidential as per her request‚ but opened a case of corruption and treason with the police once she made the information public in 2016.

Former ANC MP Vytjie Mentor's testimony to the state capture inquiry suffered a further knock on February 14 2019, when experts who inspected the Gupta family's Saxonwold compound could not find many of the features she noticed there in 2010.

On-site inspection of the Gupta's Saxonwold compound is being carrying out.
News
2 years ago

Vytjie Mentor has allegedly apologised to Fana Hlongwane whom she implicated in her testimony.
News
2 years ago

Nhlanhla Nene and Vytjie Mentor have been granted permission to postpone their testimonies.
News
2 years ago
Next Article