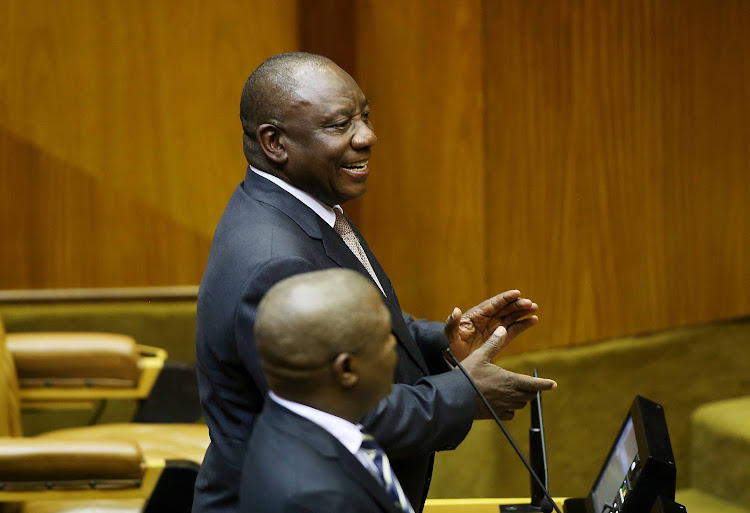 President Cyril Ramaphosa is expected to announce measures to save Eskom as rolling blackouts threatened to derail his plans to stimulate the economy and create jobs.

The president's options, according to analysts, could include a direct bailout of the ailing power utility, taking over Eskom's debt and/or granting the 15% tariff hike it wants.

Yesterday, the department of public enterprises painted a bleak picture of Eskom's
financial state before the portfolio committee in parliament. The department said that Eskom could go down in three months if it does not get any cash injection from the government immediately.

The president gave the indication that he will outline his government's immediate steps to deal with the power crisis that has engulfed the country since Sunday. The plan will be announced during a reply to MPs' questions on his State of the Nation Address.

Eskom is technically insolvent and at the current trajectory it will not survive beyond April 2019.
News
2 years ago

Ramaphosa told reporters outside parliament yesterday that the crisis at Eskom has had a devastating effect on the economy and the people in general, something the government needed to deal with seriously.

"We have been discussing all morning as cabinet the dire situation," he said.

"We are working out a number of plans so that we are able to address this challenge collectively.

"We are going to be coming up with some announcements tomorrow [today]. In the following week, we will also address the financial aspects [in the budget]." he said.

Ramaphosa will address the crisis at Eskom when he replies to the debate of his state of the nation address in parliament today.

Nedbank chief economist Dennis Dykes said the government had three options it could pursue to save Eskom.

The government has conceded that the two power stations were badly designed.
News
2 years ago

One was to grant Eskom its 15% tariff increase, which would "not solve Eskom's immediate problems".

The other option was for the government to take some of Eskom's debt into its balance sheet, which will increase the country's sovereign debt.

The third option would be for the government to simply give money to Eskom as a shareholder.

"Maybe it will be a combination of all these options. The key thing is that if government takes some of the debt, there has to be a viable plan in place so that people don't think that Eskom is going to come around and ask for another R100bn," said Dykes.

In the report presented to MPs, Shomang said municipal debt was growing at R1bn a month, with Soweto's debt alone standing at a staggering R28bn.

Eskom also had an ageing generation fleet with an average age of 37 years and essential mid-life refurbishment was not implemented on it.

Maintenance was so poor that 40% of the plant breakdowns were due to human error, he added.

Medupi and Kusile power stations, which were supposed to provide additional capacity, were also poorly designed and constructed.