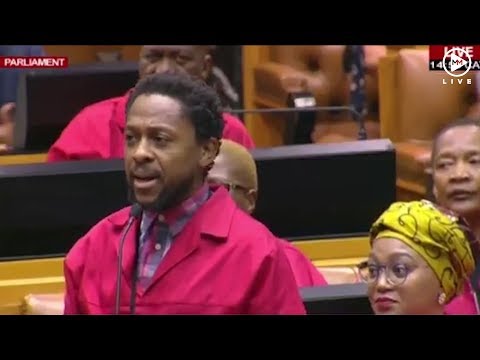 EFF spokesperson Mbuyiseni Ndlozi had social media in stitches on Tuesday after a video surfaced of him calling the air conditioning system in Parliament racist.

Ndlozi, also called the People's Bae, raised a point of order in Parliament during the Sona debate.

He said he had been asking someone to turn the aircon off because it was cold.

On social media, Mzansi reacted with just the right memes.

Mbuyiseni Ndlozi is my type ?