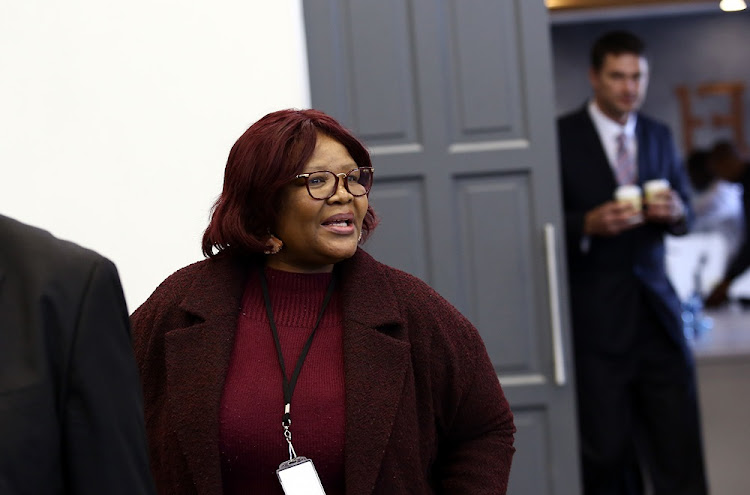 Vytjie Mentor was one of the first to testify at the Zondo commission of inquiry into state capture, on August 27 last year.
Image: Masi Losi

Not everything appears to be adding up for former ANC MP Vytjie Mentor at the commission of inquiry into state capture.

Mentor was back in the hot seat on Monday after first testifying in August last year. She has been called to complete her evidence after the commission’s investigators dug into her earlier allegations.

She previously told the commission that she was flown from Cape Town to Johannesburg on a Monday in October 2010 for what she thought was a meeting with then-president Jacob Zuma.

After a short visit to the Gupta’s Sahara offices upon her arrival, she claimed she was driven to the family’s upmarket residence in Saxonwold.

To corroborate her evidence, the commission’s investigators, along with experts such as structural engineers and architects, accompanied Mentor on a site visit to the premises in December last year.

This was only a visual assessment. A forensic investigation into any changes that could have been made to the property since 2010 will cost the commission about R810,000 should it decide to conduct one.

The team was looking for specific details that Mentor mentioned in her testimony last year, including:

Mentor also testified that there were about five houses on the property. Upon inspection, however, it appeared that the houses were divided by perimeter walls.

“There are two houses that, when we did the inspection, appeared to be congruent with what I remember from 2010, apart from the fact that in my memory, right or wrong, there were no walls in between,” she told the commission on Monday.

The team then focused on the main house in the compound, which Mentor claims she was taken into.

Mentor said she noticed that the stairs to the entrance “may have been reconfigured to make them smaller”. The investigation team found 10 steps leading to the entrance.

“The first thing that struck me is the area where I had sat in 2010, the reception area. In 2010, it was very wide and sparsely furnished. In the inspection, there was a structure to the right that made the space smaller. Another amount [of space] has been walled in to make a kind of a lounge. I demonstrated to the team that these are two features not there in 2010 that may have been added,” said Mentor.

"There was a tiny bit of gold feature on the tap of the basin. The doorknobs were not golden. The french mirror was not on the wall.”

Mentor also noticed that the windows were not as big as she remembered them to be, that the murals on the wall were different, and that “the walls that had been added to make the lounge were obstructing the walls I looked at and [where I] admired the murals”.

It was not only Mentor's description of the Gupta’s house but also the flight that she took to Johannesburg that came under question.

Leading Mentor’s evidence, advocate Mahlape Sello said neither Mango Airlines, British Airways nor South African Airways had records to prove that she flew from Cape Town to Johannesburg during that period.

Mentor was adamant that she flew with SAA on a Monday and returned on the same day.

But parliament’s travel records show two flights that may be missing from SAA’s record - one on October 15 2010 from Cape Town to Johannesburg and back, and another between Cape Town and Kimberley in November that year. However, neither of these flights were on a Monday.

“I have a problem with these records and I maintain that I flew from Cape Town to Johannesburg on a particular Monday and flew back on that same Monday," said Mentor.

"The documents from SAA, they are not on a letterhead. The appearance does not look professional to me."

The commission’s investigators also obtained documents from the department of home affairs that reveal the travel records of Gupta brothers Atul, Rajesh and Tony, as well as of Mentor and Duduzane Zuma.

They show that Atul was in South Africa between August 22 and 26 2010, when a state visit to China took place. Mentor previously testified that she met Atul in China while on the trip.

Mentor’s cross-examination will continue on Tuesday.