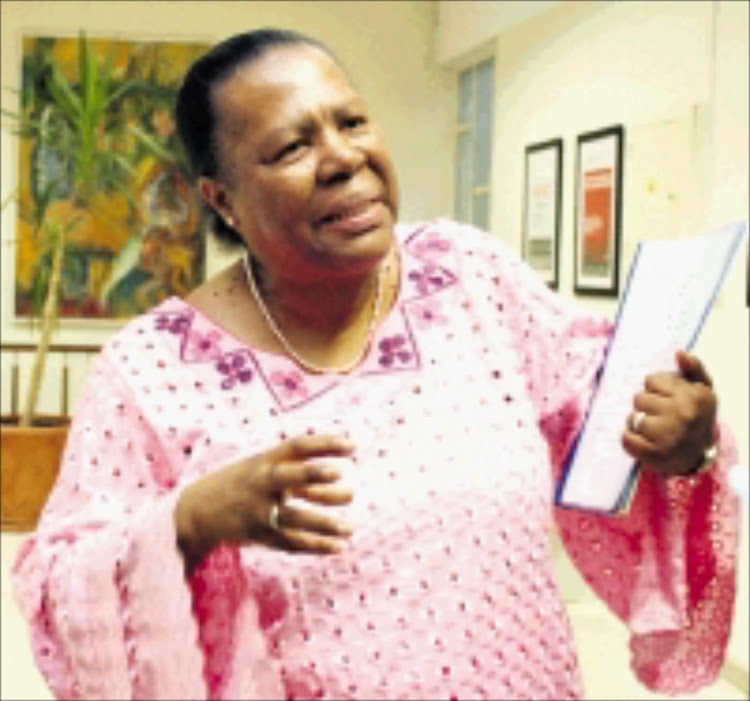 Higher education and training minister Naledi Pandor has called on institutions of higher learning to make every effort available to find solutions to students' ongoing concerns‚ saying she will do everything she can to assist.

“Students in our colleges and universities have a deep appreciation of the empowerment education can lead to‚ hence it is this that has led to their vigorous struggle for access to quality education and training‚" she said.

“I cannot argue against the justified correctness of issues they have raised‚ but it is imperative that we do not allow any person to hijack legitimate protest for political mischief.”

Pandor was speaking at the Sona debate in parliament on Tuesday‚ where she also expressed condolences to the family of Mlungisi Madonsela‚ the Durban University of Technology (DUT) student who was fatally shot during a protest last week.

University disruptions could see some never getting their degrees: Pandor

Naledi Pandor on Monday expressed concern at the disruptions reported at several KwaZulu-Natal institutions of higher learning.
News
2 years ago

Pandor said she was pleased that students and management were talking and working together to address obstacles confronted by students. Contrary to reports‚ the Saturday meeting with the South African Union of Students (SAUS) was very constructive‚ she said.

“There are issues we still need to solve‚ but there are also areas in which much progress is being made‚” she said.

Pandor said she has directed the National Student Financial Aid Scheme (NSFAS) administrator to prioritise all outstanding appeals and assessments. She explained that for the first time ever‚ student registration and NSFAS eligibility were working in tandem‚ adding that many students had already received allowances.

“This is truly historic‚ given the delays in paying allowances in the past and the extreme delays and problems of the last two years in particular.”

Pandor said placing NSFAS under administration was a positive move and while many challenges remained‚ the scheme was on the right track.

She said prior to the December 2017 announcement on free education for poor and working-class students‚ funding of the system had not kept up with enrollments and university fees had become increasingly unaffordable‚ especially at large urban universities.

Insufficient funding to support all NSFAS students under the previous rules resulted in a capping of the awards‚ with NSFAS students at high-cost universities not fully funded at the actual cost of study at their institutions and therefore often unable to pay for food and accommodation.

About 200 students gathered outside three residences in central Durban on Tuesday, in protest against prevailing conditions at the former hotels.
News
2 years ago

“That situation has now changed‚ with our new full cost of subsidy NSFAS bursary‚ a scheme of targeted free education for the poor and working class‚" said Pandor.

Turning to the high cost of tertiary education‚ Pandor noted that the average full cost of study at universities was about R90‚000 a year‚ with R50‚000 for registration and tuition fees and R40‚000 for books‚ meals‚ accommodation and transport. The government transfers R40‚000 per year to university students and R50‚000 to universities to cover their tuition fees‚ she said.

Colleges were about R40‚000 cheaper‚ with an average full cost of study around R50‚000 a year. This was R10‚000 for registration and tuition fees‚ and R40‚000 for books‚ meals‚ accommodation and transport.