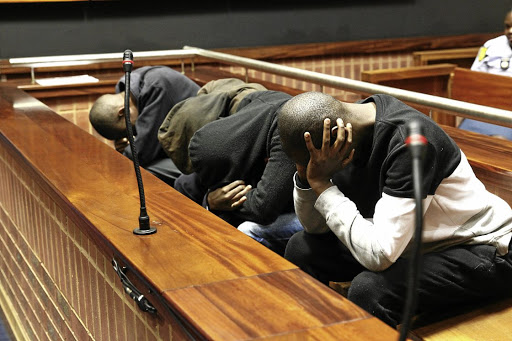 The case against four men accused of using the Uber e-hailing app to kidnap, rape and rob multiple women in 2016 could not continue yesterday after the prosecutor lost her cellphone.

A few moments before the case was due to resume in the South Gauteng High Court, sitting in the Palm Ridge magistrate's court, prosecutor Preshelia Ranchod discovered that her cellphone was missing.

One of the lawyers in court called Ranchod's phone but the call went to voice-mail. It was not clear where the prosecutor had lost her phone.

The defence lawyers and the prosecutors went into the judge's chambers before the court session began.

On their return, Ranchod said: "There is something I need to attend to. I cannot focus on the matter."

She then asked for the matter to stand down until today.

Judge Ramarumo Monama agreed, adding that when a person lost their cellphone it was like "one had lost part of oneself".

The four men have pleaded not guilty to a number of counts including rape, robbery, kidnapping and assault of women in 2016 - under the guise of picking them up in Uber vehicles. Among their alleged victims is Susan Dey, the mother of singer Tamara Dey.

According to the charges read out in court, the gang members would attack their targets in various combinations, but in the most violent incident, all four men were involved.

Three people who were allegedly assaulted by the gang testified last week, and testimony from a new witness was expected yesterday.

I’m so so proud of you mum! I love you so much! Your strength is truly inspirational ♥️ @Yedeus “Woman raped by 'Uber gang' member is '100%' sure she identified right perpetrator https://t.co/rvSBpS0PjS via @TimesLIVE “