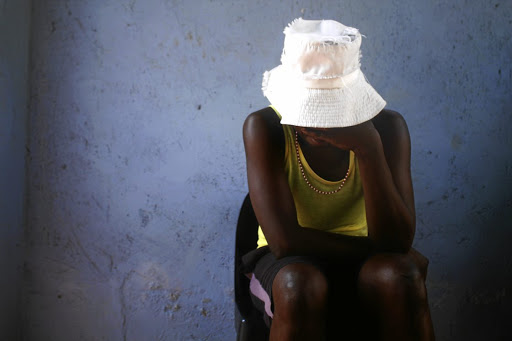 There's a growing number of people living with HIV/Aids who are defaulting on their anti-retroviral (ARV) drug treatment in one of Tshwane's biggest health centres.

According to the Gauteng health department, 535 patients at the Stanza Bopape Community Health Centre in Mamelodi, east of Pretoria, have defaulted on their ARV medication while 2,000 people have missed an appointment at least once.

However, the Mamelodi Treatment Action Campaign (TAC) has disputed the department's figures, saying the number of defaulters has gone up to 6,000 following their monitoring visit to the facility last month.

Mamelodi TAC chairperson Bobby Mohanoe maintained that the crisis was much deeper, also saying there was only one adherence officer in the area.

"There is a crisis in that area. The department is not giving a true reflection of what is happening," he said.

Mohanoe said the issue can be resolved by hiring more adherence officers and creating more centres were people can fetch medication to avoid long waiting periods at clinics.

Dr Ben Montoedi, acting chief director for HIV/Aids, STIs and TB in the provincial health department, said tracking patients was challenging because of a high number of people from outside Gauteng who use public facilities.

He said the issue was tackled through training clinicians and counsellors who ensure that patients are encouraged to stick to their medication.

A gay man is among those that have stopped taking ARVs a year ago despite health risks.

A Polokwane-based doctor who defrauded the government to stock up on morphine and HIV drugs has been sentenced to 12 months' imprisonment with the ...
News
2 years ago

For the first time university and college students will be able to access HIV prevention medication called Truvada.This was announced on Tuesday by ...
Lifestyle
4 years ago

The man, who tested HIV positive in 2010, is among hundreds of HIV/Aids patients from a Tshwane clinic who have abandoned treatment due to different reasons, including stigma, lack of nutrition and alleged bad attitudes from health workers.

Speaking to Sowetan from his home in Mamelodi West, the 36-year-old, who asked not to be named, said he stopped collecting medication because clinic staff were rude.

"I know that I need the medication to stay healthy but I could not take the bad treatment anymore. I think nurses are offended because I am gay and they make rude comments as if I deserve to get sick. It is depressing," the man said.

He said the fact that he has not disclosed his status to his family also put him under a lot of pressure. "I had to hide my medication so they don't find out what's happening with me," he said.

He said he was now looking for help from a local organisation which assists members of the LGBTI to get ARVs.

David Skhosana, an HIV/Aids counsellor at a local hospital, said stigma continued to be one of the major problems. Skhosana said people were ashamed to be seen queuing up for ARVs because they feared that this would give their status away to other locals.

Local activist Rinah Semadi, 41, who was diagnosed with HIV in 2011, said some people avoid taking medicine because they can't afford food. She also said many people continue to associate HIV with promiscuity, which creates stigma.