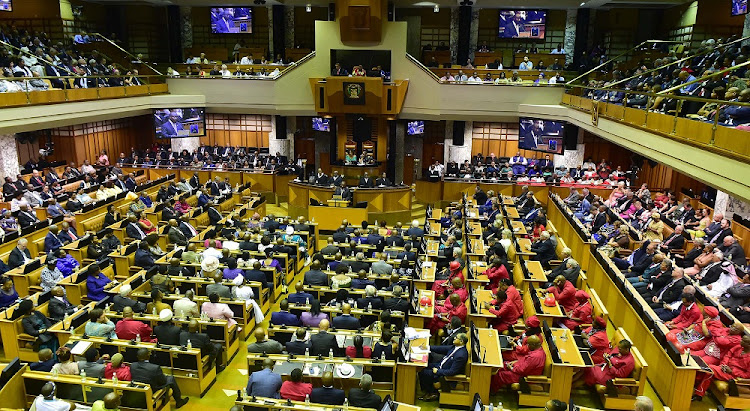 President Cyril Ramaphosa delivers his State of the Nation Address in a joint sitting of the opening of Parliament.
Image: GCIS

President Cyril Ramaphosa’s state of the nation address (Sona) largely dealt with the issues facing SA, but it promised more than government can deliver.

This was the gist of the reaction from opposition parties, who were speaking outside parliament after the address on Thursday night. The speech was also lacking in some areas, they said.

“It was nice and flowery, nice talk, nice address ... We want to see a job in every home. He should have talked more about crime. We need a better plan,” Maimane said.

“It’s a good analysis, but the question remains: what is happening in practice? Job creation is a huge problem; he is not going to comply to his wishes. It’s a pipe dream.

"He’s talking about Eskom but he doesn’t tell us about how he is going to solve the problem. It’s nice words, but it doesn’t happen in reality,” he said.

President Cyril Ramaphosa’s state of the nation address largely dealt with the issues facing SA, but it lacked promised more than government can deliver. This was the gist of the reaction from opposition parties, who were speaking outside parliament after the address on February 7 2019.

Patricia De Lille, who recently formed a new political party, Good, offered her advice to Ramaphosa, saying he needs to focus on infrastructure.

“My advice to the president this time is what happened to the previous plans of the past 25 years? Foreign direct investment is very important but I think government can further stimulate the economy by further investing in infrastructure,” she said.

EFF leader Julius Malema explained why the party opted not to disrupt Sona. The party previously threatened to interrupt Ramaphosa if he did not come clean on a controversial donation to his presidential campaign by prisons facilities company, Bosasa.

“He abandoned the ANC manifesto and decided to plagiarise the EFF manifesto when he talks about early childhood development.”