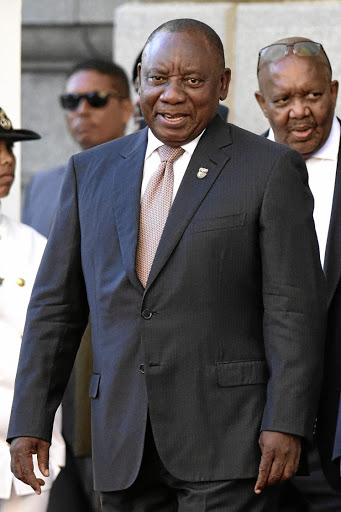 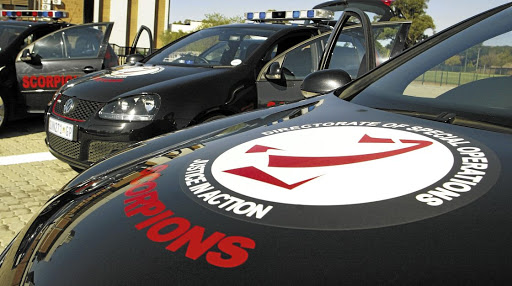 President Cyril Ramaphosa yesterday announced the formation of a new investigating directorate, which will take the form of the disbanded Scorpions, to investigate and prosecute those implicated in state capture allegations.

The new directorate would see investigators working closely with prosecutors as more allegations emerge at the Zondo Commission, the Mokgoro Commission and the Nugent Commission.

The Scorpions were disbanded in 2009 after the dominant faction within the ANC accused the unit of being used to settle political scores.

Ramaphosa said the directorate would identify priority cases to investigate and prosecute and would recover assets suspected to be proceeds of corruption.

"The directorate will bring together a range of investigatory and prosecutorial capacity from within government and in the private sector under an investigating director reporting to the NDPP," he said.

On her first day in office last week, Batohi said she will immediately set up a specialised team to tackle state capture.

When the president mentioned her at the beginning of his address, he added "watch this space".

Ramaphosa emphasised that revelations at different commissions should be followed by swift prosecutions.

"The action we take now to end corruption and hold those responsible to account will determine the pace and trajectory of the radical social and economic transformation we seek," he said.

He further said the revelations at the Zondo Commission of inquiry were "deeply disturbing".

"They reveal a breadth and depth of criminal wrong doing that challenges the very foundation of our democratic state."

President Cyril Ramaphosa delivered his second State of the Nation Address (Sona) in the National Assembly on Thursday, February 7 2019.
News
3 years ago

President Cyril Ramaphosa has promised the country that projects worth R187bn are being implemented.
News
3 years ago

Explaining the new directorate, Ramaphosa said: "In broad terms, the directorate will focus on the evidence that has emerged from the Zondo Commission of inquiry into state capture, other commissions and disciplinary."

The directorate in the NPA, insiders say, will take a form similar to the now disbanded Scorpions.

Ramaphosa kicked off the delivery of his second SONA with a smart move to neutralise the EFF after they threatened to disrupt his speech over allegations that he had received R500,000 from controversial government service provide Bosasa.

In a clear charm offensive, Ramaphosa had members of the EFF and the entire house in stitches when said he and DA leader Mmusi Maimane have agreed to sing the Thuma Mina song for Malema should Malema win this year's elections.

Malema had threatened to ask Ramaphosa to "come clean" about his son's business deals with the controversial Bosasa Group.

Ramaphosa also announced that he will be reconstituting the country's intelligence structures.

He said the measures will include the re-establishment of a state security council led by himself as well as domestic and foreign intelligence services.

"On the basis of the report and recommendations of the High Level Review Panel on the State Security Agency, which was chaired by Mufamadi, I will soon be announcing a number of urgent steps to enable the reconstitution of a professional national intelligence capability for SA.