The state capture inquiry heard on Tuesday how one man provided controversial prison facilities company Bosasa with millions in cash that was allegedly used to pay off politicians and senior government officials.

Gregory Lawrence‚ who has been involved in the export of food and alcohol to SADC countries for more than two decades‚ detailed how he got into business with Equal Trade’s Gregg Lacon-Allin back in 2004.

Lawrence said at least 60% of the transactions the pair conducted with SADC traders were in cash‚ which accounted for more than R1m per consignment.

He said that around 2012‚ Lacon-Allin told him that instead of depositing the cash in the bank‚ it could be handed over to Bosasa at their offices in Krugersdorp‚ west of Johannesburg.

It was agreed that Bosasa would pay Lawrence back via electronic funds transfer (EFT)‚ therefore saving him the costs of depositing millions in cash at the banks. Lawrence said Bosasa also paid Lacon-Allin a commission on the cash‚ but he did not know how much. 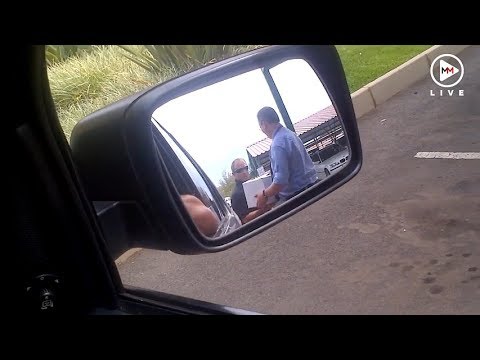 "I would notify either [Lacon-Allin] or the person I was dealing with from Bosasa that I got paid a certain amount. I would notify them that I had the cash available and would make arrangements for when and where I would meet them‚" Lawrence told the commission.

He said he would only call if he had about R500‚000 in cash for Bosasa. He did not know the name of the person from Bosasa he dealt with.

"I would wait until I had a sufficient amount of money gathered by my clients. The money would come in boxes or plastic bags‚ exactly the way I received it from my clients. I would take it through to Bosasa. There was no record kept by me; the record was kept by [Lacon-Allin] and Bosasa‚" he said.

Lawrence took two videos on his cellphone in which boxes with bundles of cash were seen being handed over to a Bosasa staff member at the company’s premises.

Lawrence’s testimony corroborates that of Bosasa chief financial officer Andries van Tonder‚ who described various ways the company would generate cash‚ the most lucrative method allegedly being through its dealings with Equal Trade.

Van Tonder told the inquiry last week that he would receive instructions from Bosasa CEO Gavin Watson on how much cash was needed for the week and would arrange with Lacon-Allin for the amount.

Reading WhatsApp messages between the him and Lacon-Allin‚ Van Tonder said the code word for the amounts of money required was "chicken". A ton of chicken‚ according to Van Tonder‚ meant R1m.

Van Tonder alleged that he would collect between R4m and R6m per month from Lacon-Allin at a filling station or shopping complex near Lanseria Airport.

Bosasa would then allegedly create fake order sheets to allocate these cash amounts to the various kitchen units it serviced so that Equal Trade could invoice Bosasa for the cash it provided‚ with the addition of a commission.