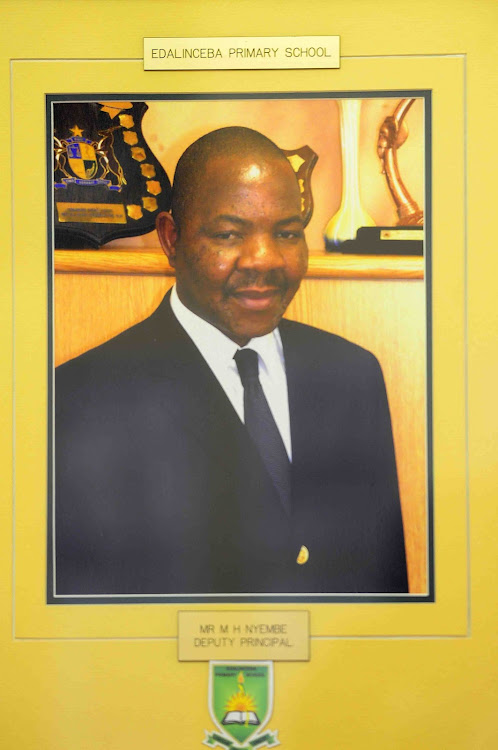 An eye-witness in the trial against three men who allegedly shot and killed a Duduza school deputy principal could not fight back the tears as she detailed how he was shot.

Xoliswa Mkhetho, a school administrator at Edalincebo Primary School, told the North Gauteng High Court on Tuesday how Herbert Nyembe was gunned down on the school premises by three men who masqueraded as electricians.

Doctor Gabriel Moagi, 46, Bongani Simangaliso Nkosi, 27, and Spemathi Diko, 24, face a charge of murder and three counts of pointing a firearm. Moagi further faces a charge of being in possession of an unlicensed firearm and ammunition.

Mkhetho told the court that she granted access to the suspects after briefly speaking with them at the school entrance.

“At the time of their arrival I was at the gate and had just spoken to the security guard. Three young men arrived and asked to see Mr Nyembe, claiming that they had an appointment with him in connection with an electrical fault,” Mkhetho told the court.

“I took them into the waiting area of the office block before enquiring with Mr Nyembe whether he had an appointment with the electricians to which he said no.

“Mr Nyembe met with the three in the passage and I stood behind him and heard him greet them. Then I heard a gunshot. While startled and confused I heard another gunshot. I saw a spark in front of him and that’s when I realised he was being shot."

'Deputy principal's alleged killers were paid R30,000 for the hit'

Mkhetho said she fled into the nearest office and hid before she heard another gunshot.

“After that it was quiet. I peeped out of the door and noticed that the three men had left. Mr Nyembe was lying on the floor in the passage. I came out of hiding and stood next to him and called out his name, but he was quiet,”said Mkhetho.

Judge Hennie de Vos asked Mkhetho whether she could identify the triggerman. Several momentes after taking a close look at the accused Mkhetho said: “No. But I recognise accused number three [Diko] because that’s who I spoke to throughout their time at the school.”

De Vos rolled over the matter until Wednesday for further cross-examination.