ANC, EFF call for Msimanga to vacate office immediately, not in two weeks 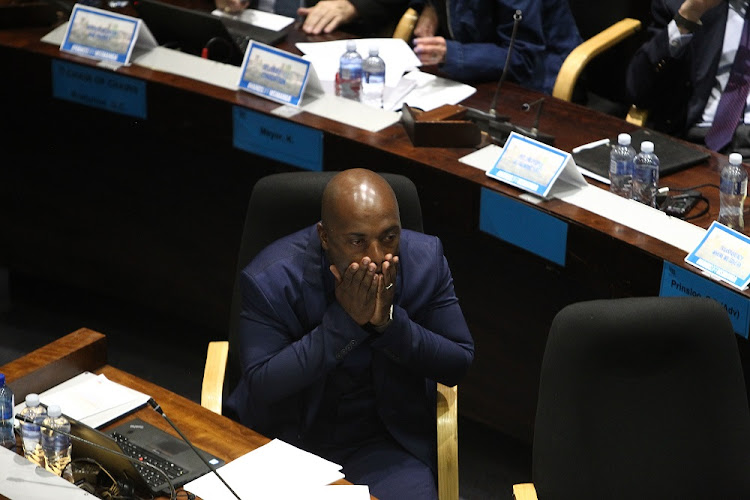 The EFF and ANC have put their political differences aside and have called for Tshwane executive mayor Solly Msimanga to vacate office on Thursday.

This comes after Msimanga handed his resignation letter to speaker Katlego Mathebe on Thursday, stating that he will officially leave office on February 11.

City of Tshwane Council, which sat on Thursday, was marred by interruptions when opposition parties questioned the speaker about Msimanga's intentions to seek an additional 11 days before vacating the capital city’s highest office.

“We are asking that he leaves immediately. What does he want to do? Allow (Mathebe) the House to debate on Msimanga’s fate?” said ANC councillor Lesego Makhubela.

“We don’t want a resignation of [11] days. What does he want to do? We are rejecting a Msholozi kind of resignation, we are saying that we want it now ... we must vote, now or never.”

Makhubela said they would not allow Msimanga to continue occupying the mayoral seat as the mayor “lied” that he has officially resigned on January 18.

However, the speaker came to the defence of Msimanga and said when the mayor made the announcement two weeks ago, he said he had “intended” to resign, not that it was with immediate effect.

The EFF also joined the fray.

“Why don’t we agree in principle with our black fellow (Makhubela) here ... Let’s amend his resignation letter so that the [Gauteng premier] candidate of the DA can focus on election campaign,” said EFF councillor Obakeng Ramabodu.

He said if Msimanga leaves today, it will allow him to have sufficient time to travel the length and breadth of the province to gunner support for his election. Msimanga is the DA’s Gauteng premier candidate.

“What is it that Solly Msimanga wants to do in the next couple of days?” asked Ramabodu.

Floyd Shivambu is adamant that the red berets will remove the DA from power in Tshwane.
News
2 years ago
Next Article