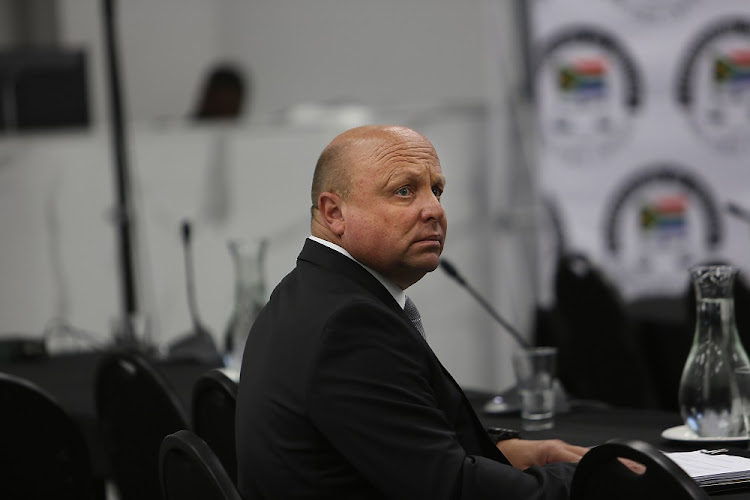 Bosasa executives made a pact not to rat on each other when the Special Investigating Unit (SIU) started sniffing around in 2009‚ the state capture inquiry heard on Wednesday.

Former Bosasa chief financial officer Andries van Tonder said executives in the company made a pact not to reveal any wrongdoings. He said Bosasa CEO Gavin Watson told his staff "not to worry" because he had access to influencers in government.

Present at the meeting were Van Tonder‚ Angelo Agrizzi‚ Watson and relatives named as "Ronnie" and "Valence".

"It was agreed that there was a pact formed and everybody should abide by the rules of this pact in terms of not speaking to anybody about the wrongdoings in which we were implicated in the SIU report‚" Van Tonder said.

"[Watson] told us that he had everything under control. He basically said he had access to the highest levels within the Hawks and the [National Prosecuting Authority] and therefore he said not to worry."

After the SIU's report was released‚ Van Tonder said he was given various tasks.

"It included‚ but was not limited to‚ attending to concerns raised by banks‚ auditors and to be vigilant of any potential incriminating documents‚ including invoices‚ that I might come across. I was supposed to bring it under the attention of [Watson] ... Invoices for houses that were built for [Linda Mti] and [Patrick Gillingham]‚" he said.

He said the building properties for Mti and Gillingham were accounted for in the books of Bosasa as if they were expenses or capital expenses for the company itself. They were also reflected to the SA Revenue Services in this way.

"As far as I understand it was to get favour with Gillingham‚" he said.

Bosasa wanted me to be unethical but I said no: PR boss Stephen Laufer

Media relations manager Stephen Laufer said he drew the line and cut ties with Bosasa after he was asked to undertake "unethical activities".
News
3 years ago

Angelo Agrizzi has detailed how then-president Jacob Zuma allegedly accepted monthly payments of R300‚000 to do the company's bidding.
News
3 years ago

'Bags, cash and NPA documents' - Dudu Myeni according to Agrizzi

Angelo Agrizzi has admitted that he is a racist‚ but denied that his evidence before the state capture inquiry is motivated by racism.
News
3 years ago
Next Article