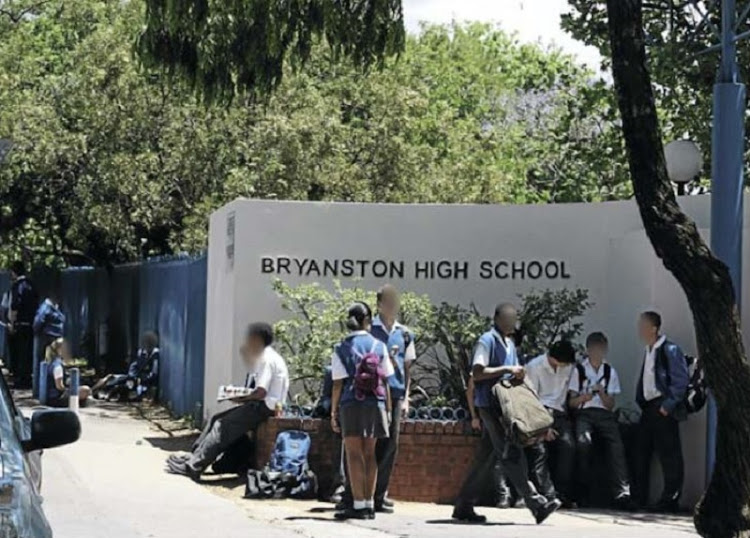 Counsellors have been dispatched to a Gauteng high school after one of its teachers was arrested in connection with alleged sexual assault last week.

Yesterday, the provincial department of education in a statement commended the school governing body (SGB) for Bryanston High School in Johannesburg for taking prompt action.

This after the 33-year-old was arrested and charged with sexual assault after the mother of a 17-year-old female pupil opened a case with police.

The department said a socio-support team was dispatched to the school to provide counselling for the affected pupils.

The school's governing body chairman, Aidan Hillebrand, yesterday said they had suspended the teacher while the case unfolded.

"This matter is of grave concern to the school as the safety and wellbeing of learners are a priority. The SGB does not tolerate any form of harassment or sexual misconduct," Hillebrand said.

Bryanston High School on Tuesday confirmed that one of its teachers had been suspended and arrested over allegations of sexual assault.
News
3 years ago

He said an investigation into the allegations was conducted by an independent senior attorney.

"Arising from this investigation, formal disciplinary proceedings against the staff member concerned have commenced. At present, the current allegations remain unproven.

"All parties are being treated with empathy and compassion in keeping with their basic fundamental rights."

Hewould not comment further as the case was still under police investigation.

"We have taken a strong stance against sexual abuse of learners. We hate it and we abhor it. As teachers we must behave like parents to our learners in the absence of their biological parents," Ledimo said.

He said they were in support of the recent decision by the SA Council for Educators (Sace) to request police clearance certificate from teachers.

"We believe this will help to protect our children."

Sace spokesperson Themba Ndhlovu said although the allegations had not been proven it was worrying to hear about sexual abuse involving teachers. "It is highly unacceptable. The abuse of one learner is one too many," he said.

Johannesburg north police spokesperson Capt Granville Meyer said the teacher appeared in the Alexandra magistrate's court two weeks ago and was released on bail. He was expected back in court on March 12.