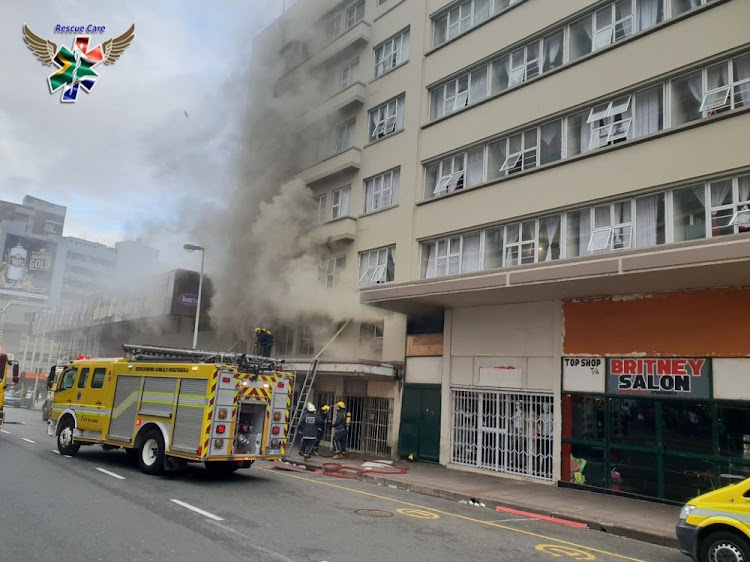 Police were called in on Tuesday to disperse protesting students outside Lonsdale residence, in this file picture, in central Durban.
Image: JEFF WICKS

About 200 students gathered outside three residences in central Durban on Tuesday in protest against conditions at the former hotels.

It is understood that the protests were related to a dispute with the landlords of the three former hotels which have been converted into student housing.

The public order police unit of the city’s metro police was dispatched to disperse the crowd.

"The students were called to look at the accommodation and it appears they had a dispute with the landlord," he said. "They were unhappy with conditions and the accommodation. The public order policing unit was called in to disperse the students.

"They then entered into negotiations with the landlords. That is where things stand now."

Sewpersad said there was no violence.

"Seeing that some of the tertiary institutions are going to open shortly, we are on full alert," he added.

The high court in Pretoria on Friday granted the University of South Africa (Unisa) an interdict against students who have been protesting since ...
News
3 years ago

Mangosuthu University of Technology confirmed that its students were involved in a protest outside the Lonsdale residence.

Spokesman Bheki Hlope said that students had also staged a protest on campus in Umlazi, disrupting registration on Tuesday.

Lectures are due to start on February 4.