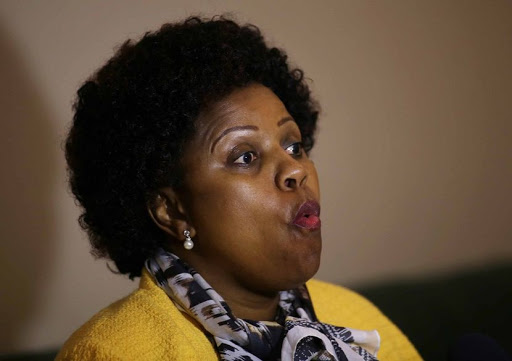 Former SAA chairwoman Dudu Myeni allegedly showed Bosasa CEO Gavin Watson files from the NPA that showed the authority was intent on charging Bosasa. Myeni said she was working on 'closing down' the investigation, according to testimony at the state capture inquiry on Monday.
Image: ESA ALEXANDER/The Times

This is according to former Bosasa executive Angelo Agrizzi, who was testifying at the state capture inquiry on Monday. He said he and the company’s CEO, Gavin Watson, had met Myeni at the Sheraton Hotel in Pretoria.

It is unclear when the meeting took place.

"She explained to us that she had had meetings at the National Prosecuting Authority. She said that they were working on closing down and shutting down the case. She gave me the docket and said 'you can write down things but please don’t make copies and take photographs'. She was working on getting the Bosasa investigation closed down," Agrizzi alleged.

"It looked like a police case docket. She took some notes out of the folder and said I must look at these notes."

Agrizzi said he had asked to be excused so he could make notes. He admitted to taking photographs of the docket as he was pressed for time.

"I wrote down quite a bit in the back of one of my journals. I thought let me rather take photographs of the documents so if she comes to take it away, at least I got photographs," Agrizzi said.

"It was asked that she go to the president and get the investigation closed up immediately."