Has SABC axed its political editor? 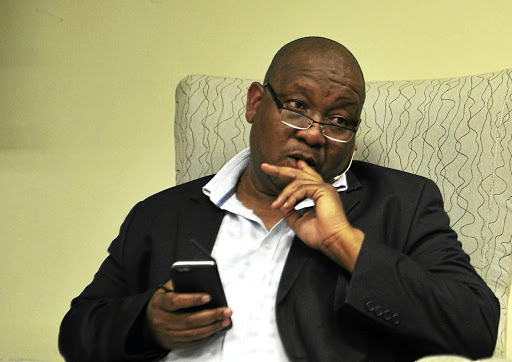 Dumisani Hlophe said to have parted ways with the SABC.
Image: Veli Nhlapo

The SABC has apparently shown its political editor, Dumisani Hlophe the door - barely five months into the job.

Sowetan has learnt that Hlophe, who has not been at work recently, had being released from his contract during probation as the SABC exercised its right to terminate his employment contract due to alleged poor performance.

Hlophe had allegedly taken special leave, but insiders at the public broadcaster have confirmed that he was not returning and that had been communicated to him.

He only began his tenure as political editor: SABC News and Current Affairs on September 3.

Despite numerous attempts for his side of the story since last week, Hlophe had not responded to Sowetan requests for comment by the time of going to print.

SABC is being sued for R3m for allegedly linking three Limpopo men to the looting of VBS Mutual Bank.
News
2 years ago

The SABC could neither confirm nor deny Hlophe had been released from his contract. Spokesperson Neo Momodu said: "The SABC respects the confidentiality of contracts enters into with its service providers, employees and independent contractors. We will therefore not comment."

However, insiders who spoke to Sowetan on condition of anonymity, said Hlophe had been "performance-managed out" of the SABC after he allegedly struggled to cope with the demands of the position.

"From the onset, the stage seemed far way too big for him as there were already issues with his performance in December," an insider said.

Discussions have apparently already taken place with Hlophe, during which the SABC informed him of the decision to part ways with him.

Sowetan has learnt that the coverage of the ANC's January 8 which took place in Durban earlier this month was considered one of Hlophe's "major failures".

When announcing his appointment in August, the SABC said Hlophe's role included managing and guiding the news political team in ensuring a high level of authoritative, accurate, engaging and fair political journalism.

At the time, SABC news and current affairs group executive Phathiswa Magopeni described Hlophe's appointment "as yet another step taken by the public news service to consolidate its position as an independent and impartial news provider."

In light of ongoing sexual assault claims against US musician R Kelly‚ the SABC has told TshisaLIVE it will consider several calls from fans and ...
News
3 years ago
Next Article