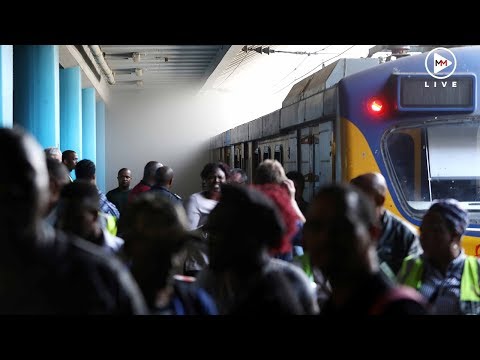 A train was petrol bombed and looted at Orient Hills near Krugersdorp‚ west of Johannesburg‚ on Sunday.

According to SCP Security‚ community members also tried to attack police in the area.

Protests started when community members prevented Electoral Commission of South Africa (IEC) officials from entering the area on Saturday as part of the voter registration weekend.

A whopping 214 trains were burnt in suspected arson attacks in South Africa in the last three years, with 174 of them torched in the Western Cape.
News
3 years ago

The R24 leading to Orient Hills was still closed on Sunday morning.

IEC spokesperson Kate Bapela said on Saturday that about 140 voting stations (0.6%) did not open across SA due to community protests.