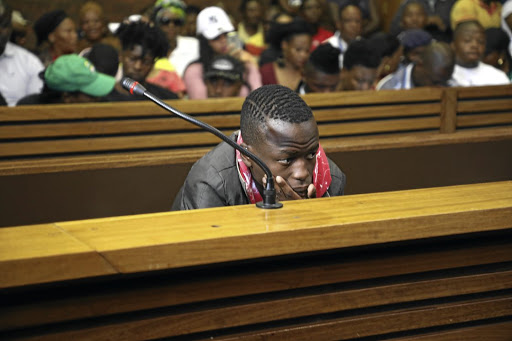 The father of one of the children killed in Vlakfontein family murder in Johannesburg south is upset that a suspect committed suicide before facing the law.

Ernest Mabaso, 27, allegedly committed suicide in a jail in Cape Town last Friday, less than a week before he was due to appear in the Protea magistrate's court for a bail hearing.

Mabaso was a co-accused with 61-year-old Fita Khupe for the murder of seven Khoza family members in October 2018.

Teboho Lekoetje - the father of Karabo, 11, who was killed with her mother Nomfundo Khoza among other relatives - said Mabaso took a coward's route by killing himself.

"At least this guy confessed to the murders and detailed what happened. It's bittersweet because we wanted him to face the full might of the law," Lekoetje said.

He said he believed Mabaso probably killed himself, because he had felt he was not going to be granted bail.

Mabaso faced three additional counts of rape. And despite his death, charges against him were yet to be formally withdrawn.

His lawyer, William Sekgatja, told the court that he had no proof that his client was dead as he had not seen a copy of his death certificate.

He further said he could not proceed with the matter in the absence of his client.

"I am still on record until I see my client's death certificate. I went to the Krugersdorp correctional facility on Monday to consult with my client but he was not there."

Sekgatja added: "I was told that he was booked out and taken to Cape Town by the investigating team for investigations in relation to matters that arose during the bail application."

Sgt Banele Ndlovu confirmed to the court that Mabaso was indeed dead, but said the Independent Police Investigative Directorate (Ipid) was handling the matter.

"We are still waiting for the family to go down to Cape Town from Joburg to identify the body first and for arrangements for his body to be returned," Ndlovu said.

Gauteng MEC for community safety Sizakele Nkosi-Malobane has expressed shock and disappointment at the news that Ernest Mabaso, the prime suspect in ...
News
2 years ago

"We are still waiting for the postmortem results to determine how he died," Dlamini said.

Gerhard Langman, Khupe's lawyer, told the court that the case against his client had now been weakened.

"We are dealing with inadmissible evidence at the moment. The state's case against my client has been weakened because the contents of the first applicant's affidavit and confession statement cannot be admitted as evidence under oath," Langman said.

In his confession statement, Mabaso claimed that Khupe forced him to murder the family members so that they could inherit the Khoza house.

Furthermore, Mabaso alleged, in his confession, that Khupe wanted to avenge the death of one of his relatives at the hands of an incarcerated Bonginkosi Khoza - a family member of the deceased.

The Zimbabwean national who, according to police entered SA illegally, further alleged that Khupe and a gang of Cape Town men kidnapped him in 2015 and instructed him to move to Johannesburg with the sole purpose of murdering the Khoza family.

The matter was postponed until January 29.