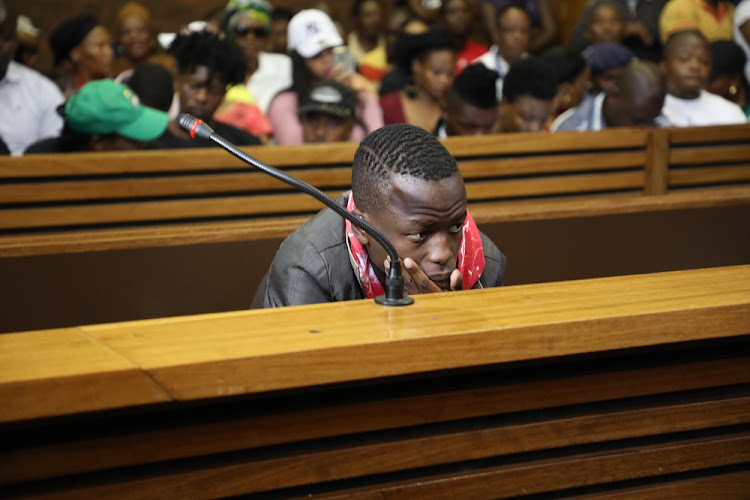 Ernest Mabaso charged with the murder of seven people in Vlakfontein appeared at the Lenasia Magistrate Court.
Image: Thulani Mbele

Ernest Mabaso, one of the two men accused of killing a seven family members of the Khoza family in Vlakfontein, has killed himself.

It has been confirmed that Mabaso killed himself on Friday in Cape Town while he was in police custody.

His lawyer, William Sekgatja told the Sowetan earlier that details pertaining to Mabaso's death were still sketchy and that he could not confirm whether indeed his client had taken his own life.

"I heard my client was in Cape Town. I tried to consult with him last week at the Krugersdorp Correctional Facility and they told me that police had booked him out and had taken him to Cape Town. I think it was in relation to issues that arose during the bail application," Sekgatja said.

Police spokesman Captain Kay Makhubela also said he could not yet confirm whether Mabaso committed suicide.

More details around his death are expected to be shared in court.

The 27-year-old, along with Fita Khupe, 61 faced seven counts of murder after they allegedly killed three women and four children of the Khoza family in October.

The pair also face charges of theft after bank cards of the deceased were found in their possession.

Mabaso faces three counts of rape after the allegedly raped the three women, allegedly, under the instruction of Khupe.

Their bail hearing was expected to be heard today in the Protea Magistrate's Court.

The case against two men accused of killing seven family members in Vlakfontein has been postponed until next year.
News
3 years ago
Next Article