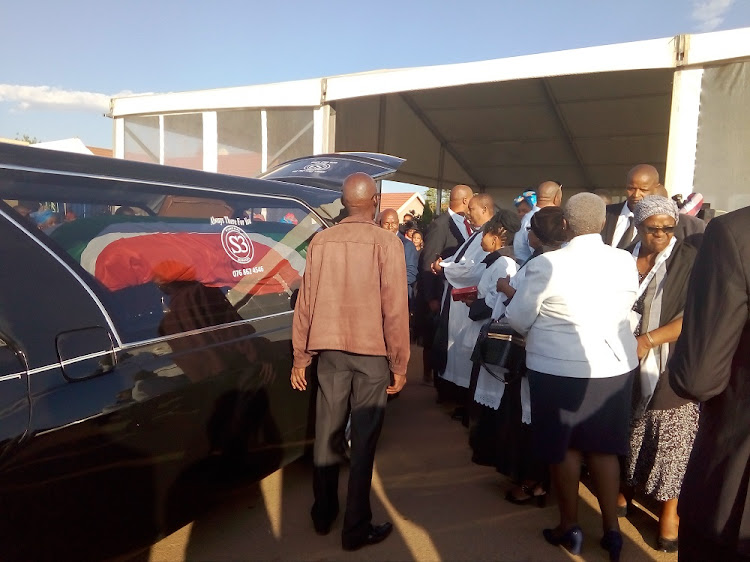 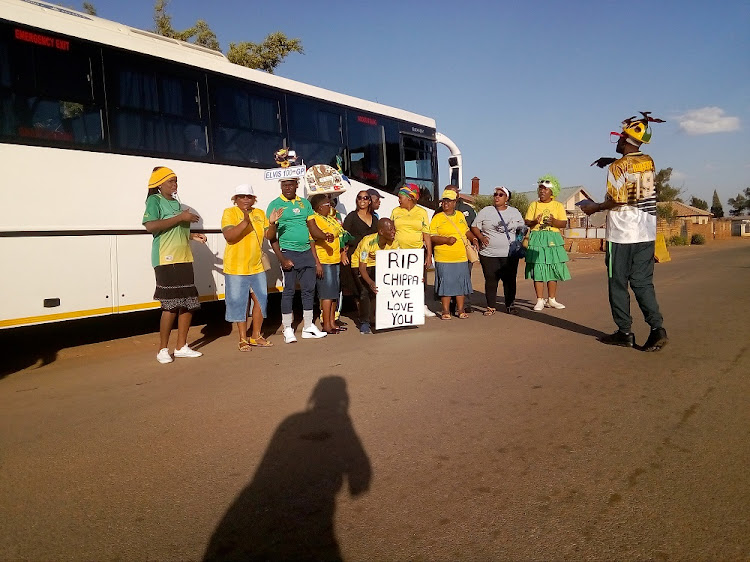 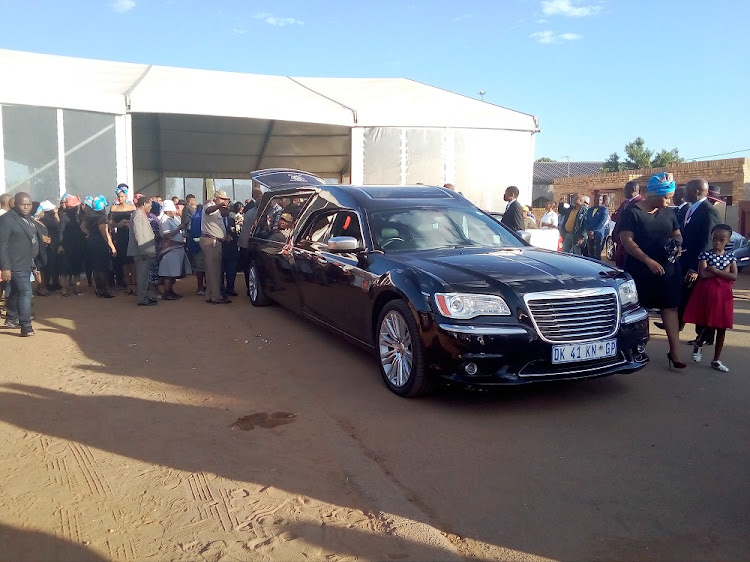 Friends and relatives gathered outside the home of soccer legend Philemon Masinga in Khuma in the North West ahead of his funeral service on Thursday morning.

Alter servers could be seen ushering out Masinga's casket, which was draped with the South African flag, while his daughter carried his Golden Boot award.

Masinga, who was born in Khuma, near Klerksdorp, died on 13 January after losing his battle with cancer at age 49.

Popularly known as Chippa by his adoring fans, Masinga had played for Bafana Bafana, Leeds United and Jomo Cosmos, while also having had a stint as a manager.

During his days as a striker for the national team Masinga played 58 international games and scored 18 goals.

Fans, who were dressed in brightly coloured soccer regalia, could also be heard singing the praises of Masinga. Sports minister Thokozile Xasa and former minister of finance Malusi Gigaba were also among those seen walking into Masinga's family home. People formed a guard of honour outside the Khuma stadium as a procession of cars drove in.

Bafana legend Chippa could have stadium named after him

Speakers at the second memorial service of former Bafana Bafana legend Phil ‘Chippa’ Masinga committed to making sure that his legacy lives on ...
News
1 year ago

Sundowns pledge to educate his kids
News
1 year ago

South African soccer legend Philemon Masinga will be laid to rest in a provincial official funeral in Klerksdorp in the North West on Thursday.
Sport
1 year ago
Next Article