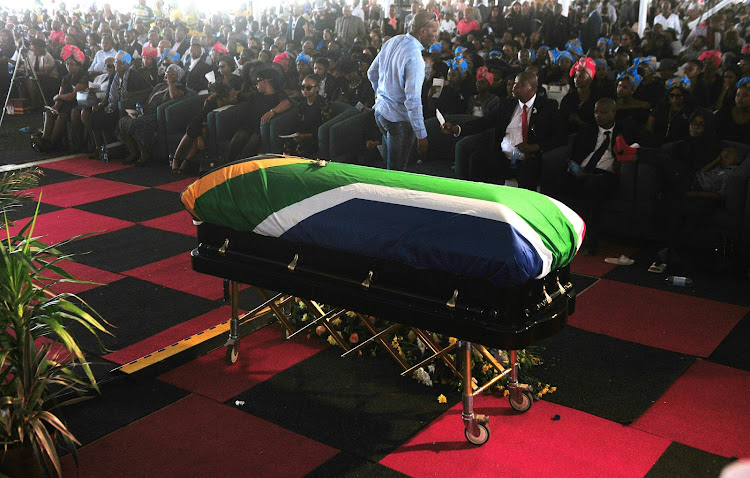 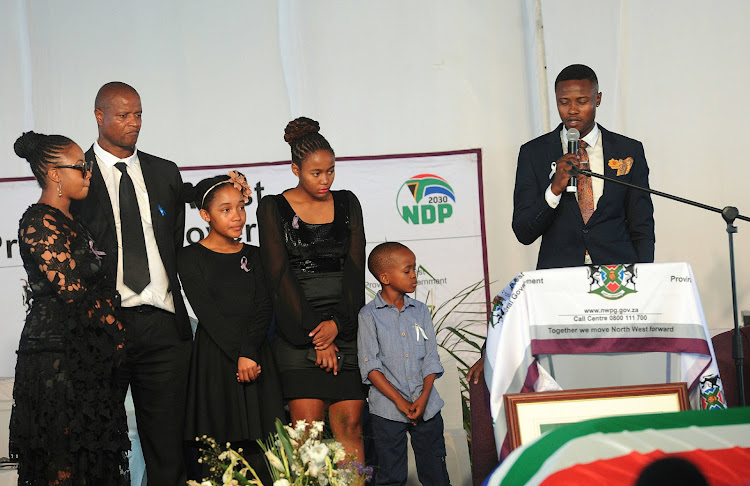 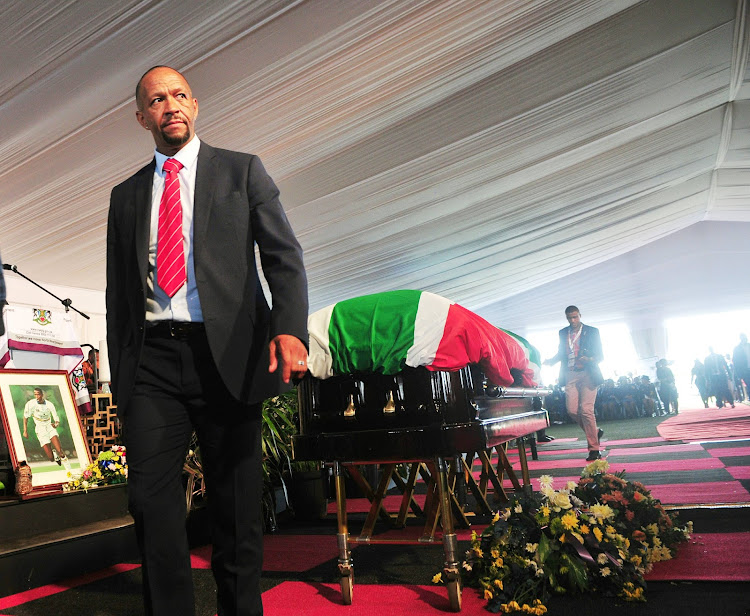 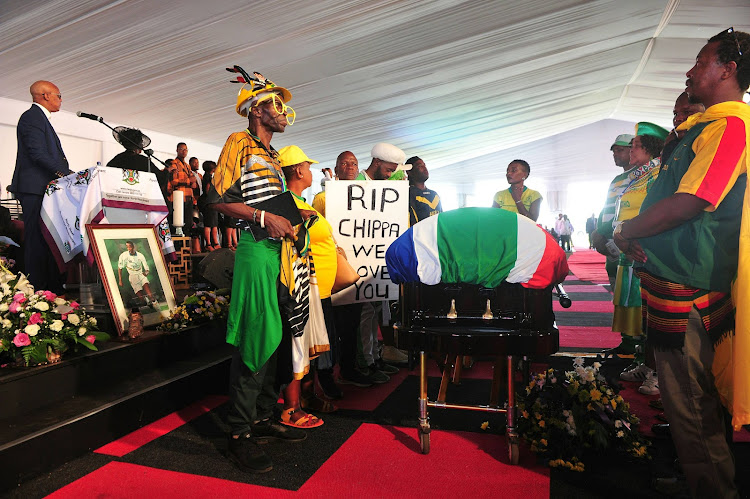 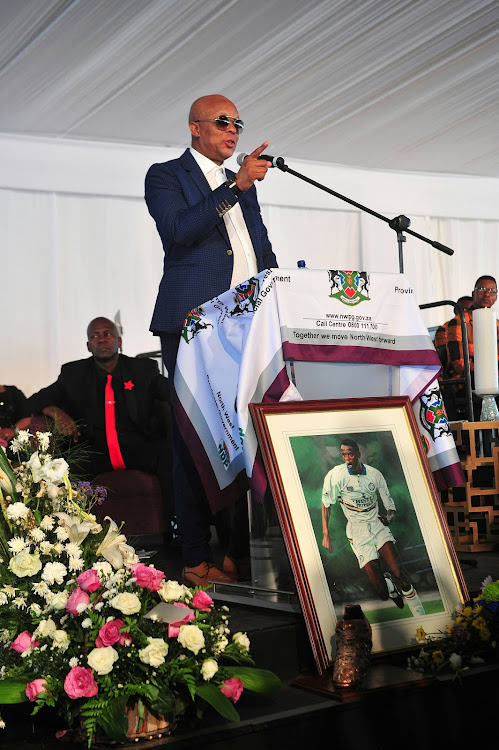 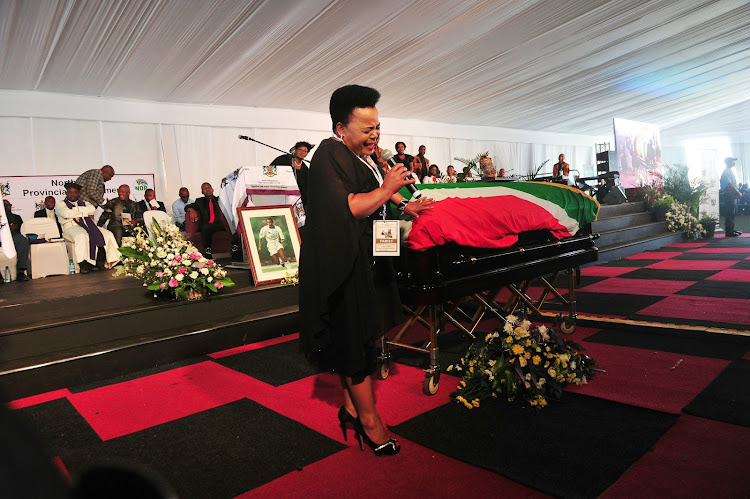 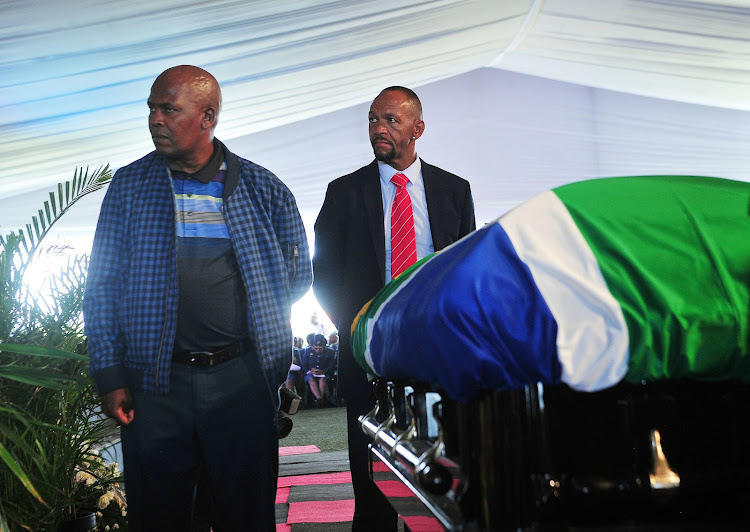 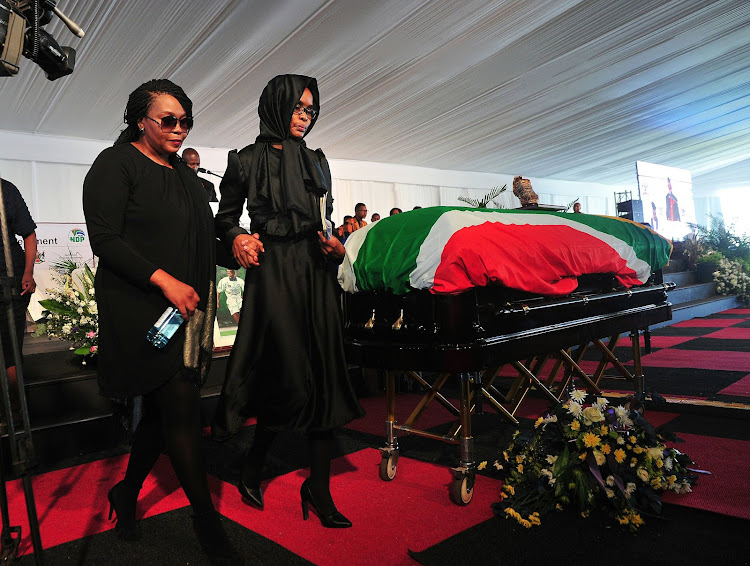 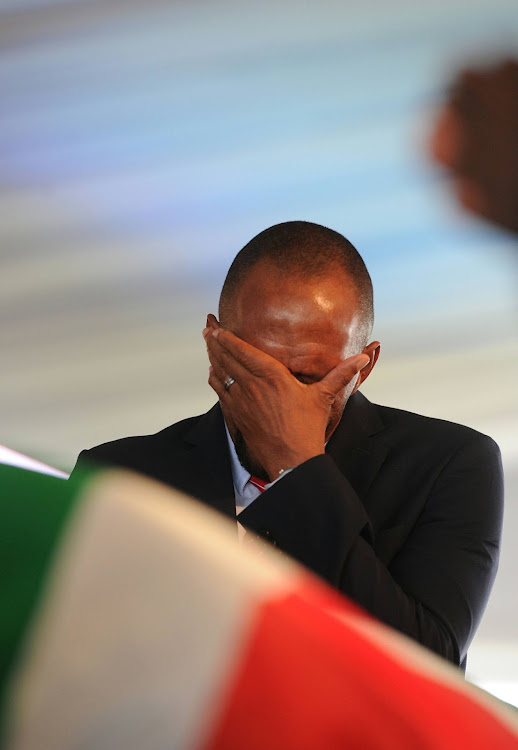 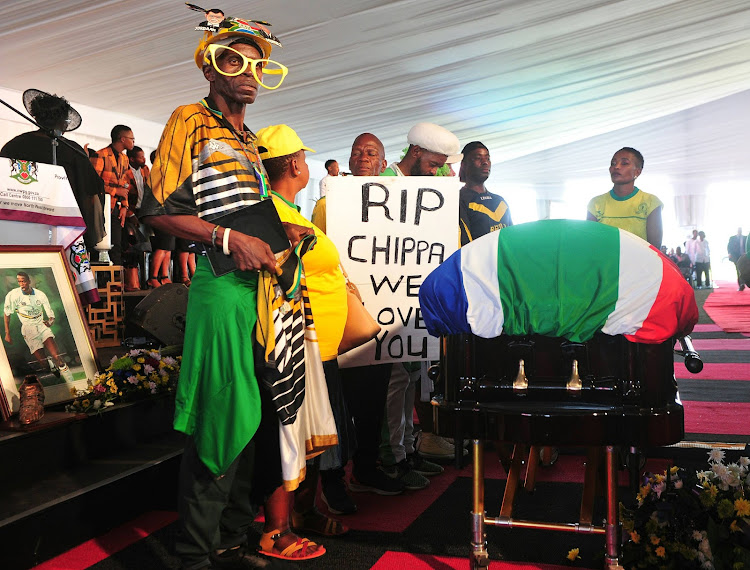 The widow of football legend Philemon “Chippa” Masinga gave a heart-warming tribute in honour of her husband during his funeral service on Thursday.

Masinga, who would have turned 50 in June, died more than a week ago after losing his battle against cancer. He was laid to rest in Khuma, near Klerksdorp in the North West.

He rose to prominence through his notable exploits on the soccer field as a player for Bafana Bafana and other teams such as Jomo Cosmos, Mamelodi Sundowns and Leeds United.

Masinga was honoured with an official provincial government funeral service that was attended by hundreds of people, including dignitaries and members of the South African football fraternity.

The blowing of vuvuzelas and singing inside the tent yesterday was similar to what happens at a fully packed stadium during a heated soccer match.

Masinga's wife Ntombi Masinga ascended the stage with her head covered by a black scarf. In front of her stood her husband's casket draped with the South African flag.

Ntombi likened Masinga to Jesus Christ, saying that he had been betrayed and disappointed by those he had helped, when his name was dragged through the mud.

“You were resilient in your efforts and you loved deeply. Phil my sweety, this is not goodbye. See you later, my love,” she said.

He won the hearts of South Africans when he scored a goal against Congo in 1997 which made it possible for SA compete in the 1998 World Cup in France.

Friends and relatives gathered outside the home of soccer legend Philemon Masinga in Khuma in the North West ahead of his funeral service.
News
2 years ago

Masinga played 58 international games as part of the SA team and scored 18 goals.

His son Sifiso also delivered a moving tribute to his father.

“My dad was a great human being. He stood firm and protected us,” Sifiso said.

He urged Safa president Danny Jordaan to honour Masinga’s memory by placing him in the hall of fame. “It is a pity that we see the significance of a man when he is dead,” he said.

Football legend Jomo Sono, who gave Masinga his first break as a professional player at the age of 17, reminisced about the first time he saw him.

Sono said Masinga was tall and very skinny, which led him to believe the youngster could never play well.

But Masinga soon changed Sono's mind when he handled the ball with skill.

“I will never forget his first touch in professional football,” he said. Sono said Masinga was one of the most brilliant strikers he had ever known.

Jordaan said Masinga's death was a great loss to local and international football. He described Masinga as a hard worker who contributed towards uplifting the South African flag through his achievements.