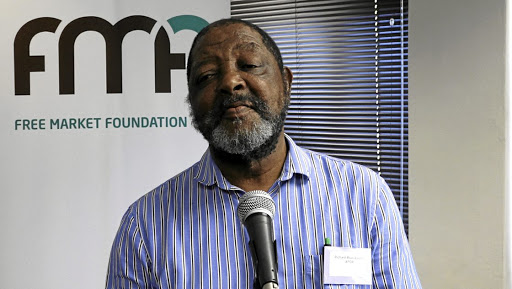 Vakele Mbalukwana is waiting for a title deed to his father's house.
Image: Supplied

Vakele Mbalukwana was forced to leave school as a teenager in the 1960s in an effort to raise money and help his father pay off the mortgage for their Alexandra, Johannesburg, home.

His father had received information that the apartheid government would expropriate the properties in Alexandra owned by blacks who still owed banks on their assets.

He agreed to his father's request and left school to work at a poultry farm.

Now at 75, Mbalukwana is still trying to get back the property which was subsequently taken by the apartheid government.

He still lives in the same house today and wants to get a title deed to the asset he and his father worked hard for.

"We want the government to give our title deeds before implementing its expropriation of land without compensation. We have suffered before."

"Government must give us title deeds now before the elections. Let us have what belongs to us so that we can bargain."

The demands by Apor on getting their properties back has been a thorny issue for local and provincial government.

In 2009, an interim interdict was made final in the high court, stopping the government from any development in Alexandra until the issue of the property owners was resolved. This had a negative impact on the township as its population grew. "Alexandra has become worse. Now it has become a slum."

After marches to Luthuli House and memorandums to MECs and premiers in Gauteng, in 2014 Apor met with then MEC of human settlements Jacob Mamabolo which resulted in a statement of intent by the parties.

In the deal, the people who have properties and still live in them would get title deeds. The other options in the proposed deal was for people to get financial compensation while an alternative was to partner with the state in developments in Alexandra.

Just as the statement was concluded, Mamabolo was moved to infrastructure development. Last year, Apor met with premier David Makhura who assigned Mxolisi Xayiya to make sure government delivers on its promise.