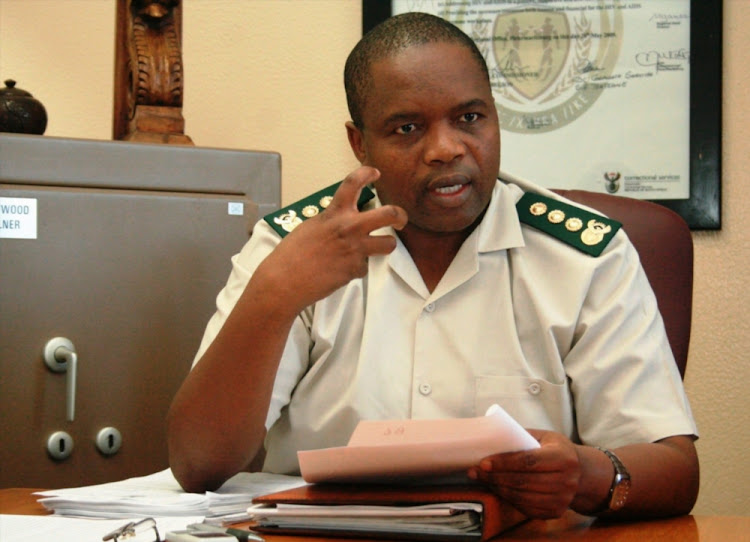 Nxele has been accused of accepting bribes from controversial prisons security firm Bosasa to the value of about R57,500 a month.

The allegations were tabled by former Bosasa executive Angelo Agrizzi at the state capture inquiry on Tuesday. He gave details of an attempt by the company in 2007 to bribe senior officials at DCS in order to undermine Petersen, who had just been appointed.

Agrizzi said Petersen "would have nothing to do with the Bosasa group of companies" so a meeting was allegedly co-ordinated with senior officials, such as former DCS national commissioner Khulekani Sithole, and someone whom he described as "Sbu" from the Police and Prisons Civil Rights Union (Popcru).

"The subject was how they could swing Petersen and get to a solution where he would start communicating with Bosasa. It was agreed that they would be paid R1m a month. That was for the team. How they would distribute it I had no clue," Agrizzi said.

He said Nxele was part of that team.

"My thinking was that they would put undue pressure on the department and on [Petersen] through the associations with Popcru and the unions and the people. The intention was to get to him to work with us or to feel the wrath of Popcru. We wanted more business and new opportunities."

Agrizzi said the payments to the team ceased in 2008 after one of Bosasa’s companies, Sondolo IT, lost a contract for the staffing of control rooms at correctional services facilities.

But Agrizzi alleged that Bosasa continued to pay Nxele R57,500 a month for his influence over KwaZulu-Natal, where he served as regional DCS commissioner.

Agrizzi recalled one meeting at the Intercontinental Hotel at OR Tambo International Airport where he handed money to Nxele.

"The meeting started very cordial. Nxele was in full uniform and I commented on how smart he looked. This was my very first meeting with him. He said he was unhappy with the amount that was paid to him and that he would convey this dissatisfaction to (Bosasa CEO) Gavin Watson," Agrizzi said.

Angelo Agrizzi has detailed how the company allegedly footed the bill for ANC rallies in Gauteng.
News
2 years ago
Next Article