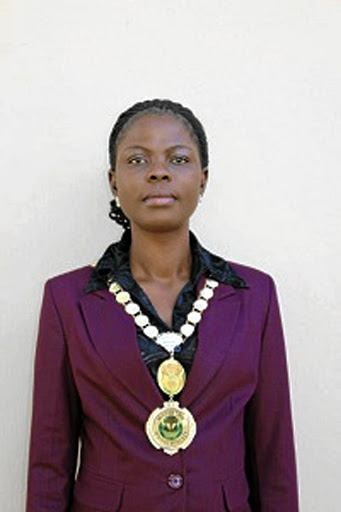 The car belonging to the mayor of the Maruleng local municipality in Limpopo was written off at the weekend after it collided head-on with another vehicle.

Mayor Dipuo Thobejane was driving her white Ford Ranger double cab when it was involved in the accident on Friday.

Municipal spokesperson John Seokoma said: "The accident happened on Friday but the mayor was not injured or hospitalised."

An employee at the Hoedspruit Panel Beaters said they towed the mayor's car on Friday afternoon after the accident and that it was still in their property.

"It looks like no one was injured," the employee said.

An insider said Thobejane has had to drive herself as her official driver, who crashed an official mayoral vehicle last month, had been suspended.

The driver, Pulane Sekgobela, allegedly took the municipality's silver Mercedes-Benz GLE 400 without the mayor's knowledge and crashed it into another vehicle at Makgaung village on December 26.

DA councillor Lawrence Mkansi in the municipality told Sowetan yesterday the council has since resolved to discipline Sekgobela.

No permission was given for him to use the vehicle.
News
3 years ago
Next Article