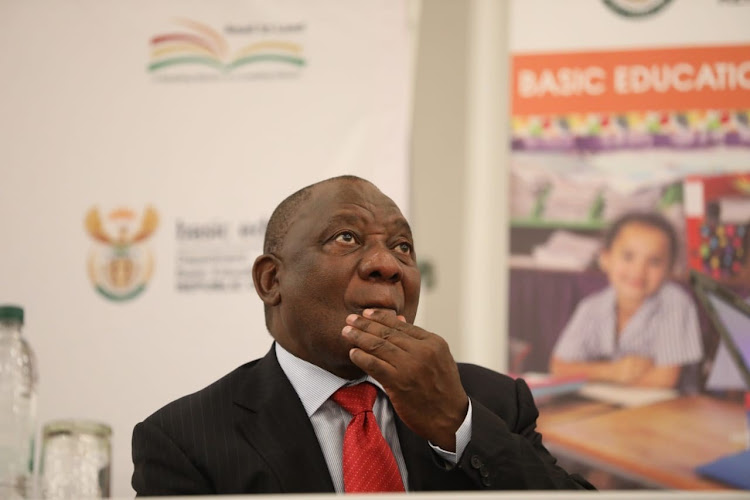 President Cyril Ramaphosa during the Basic Education Sector Lekgotla in Benoni, under the theme Equipping Learners With Knowledge And Skills For A Changing World.
Image: Thulani Mbele

President Cyril Ramaphosa has called for zero tolerance of racism, sexism, bullying, violence and other forms of antisocial behaviour at schools.

Ramaphosa was speaking at the third Basic Education Sector Lekgotla, which is under way at the Birchwood Hotel in Boksburg, on the east rand. The lekgotla is hosted by the minister of basic education, Angie Motshekga.

“We must stand firm against school governing bodies that deny children access to schools on the basis of their linguistic backgrounds. We need to mobilise communities, civic and nongovernmental organisations to prevent the vandalism of schools as part of service delivery protests.

“We cannot allow our children to be denied their rights to education because we as adults have certain grievances to raise with another,”  he said.

A posh private KwaZulu-Natal school has denied that a married teacher it dismissed for "inappropriate behaviour" had a sexual relationship with a ...
News
2 years ago

This year’s event is focusing on equipping pupils with knowledge and skills for a changing world and will ensure that South Africans are prepared to participate in and contribute to the fourth industrial revolution.

Ramaphosa said denying children their right to education places the future of the country in jeopardy.  He also called on teachers to know their subjects well and be able to teach them as well.

He said without quality basic education the country cannot grow and develop.

“We cannot redress the injustices of the past, and we cannot build a socially cohesive nation. However, despite challenges we are making progress. The class of 2018 did us proud by achieving the highest national pass rate recorded, that of 78.2%.  In a historic first, during the 2018 NSC [National Senior Certificate] examinations, deaf learners had the opportunity to write South African sign language as a home language as an examinable subject,” Ramaphosa said.