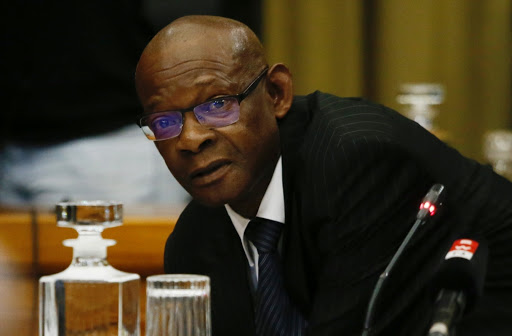 The first witness in the Justice Mokgoro Inquiry has begun testifying, stressing the importance of the independence of prosecutors in fulfilling their duties.

Silas Ramaite told the inquiry held in Centurion on Monday that prosecutors have to be independent in order execute their duties, as stipulated in the  NPA Act.

“The NPA as an institution has to be independent and the prosecutors themselves making decisions must act independently. The law says that they must be objective and impartial…,” said Ramaite.

Ramaite is first witness to present evidence in the inquiry and he has decades of experience in the National Prosecuting Authority. He is the acting National Director of Public Prosecutions.

The hearings, led by former justice of the Constitutional Court Yvonne Mokgoro, follow a decision by President Cyril Ramaphosa in October last year to suspend both Jiba and Mrwebi pending the outcome of the inquiry.

In July last year, the Supreme Court of Appeal (SCA) overturned a ruling by the North Gauteng High Court in Pretoria that Jiba and Mrwebi be struck from the roll of advocates.

However, the General Council of the Bar of South Africa (GCB) later filed papers in the Constitutional Court for leave to appeal the SCA ruling.

In the papers, GCB chairperson Craig Watt-Pringle SC said he believed there were "reasonable prospects of success in an appeal".

Jiba and Mrwebi are opposing the application. Their matter will be heard in court on March 14.

WATCH LIVE | NPA inquiry: Probe into Jiba and Mrwebi gets under way

The inquiry into the fitness of two top NPA officials to hold office starts on Monday.
News
2 years ago

Jiba and Mrwebi fight for their jobs

President Cyril Ramaphosa’s office has confirmed that it has received submissions from controversial prosecuting heavyweights Nomgcobo Jiba and ...
News
3 years ago

Both Jiba and Mrwebi have until August 10 to provide reasons as to why they should not be suspended.
News
3 years ago
Next Article