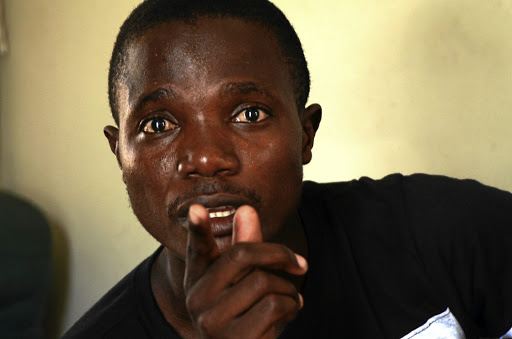 Truck driver Jacob Vurayai claims to have hit a wall in a case against his ex-boss.
Image: Mduduzi Ndzingi

A former Spar employee who was allegedly assaulted by his boss has accused the National Prosecuting Authority and the police of "bungling" his case.

Jacob Vurayai, 30, a former truck driver at a Spar franchise in Sinoville, north of Pretoria, has opened a case against his ex-boss Chris Giannacopolous.

Giannacopolous is the owner of several franchises, including Food Lovers Market in Hartbeespoort.

Vurayai said he was informed by the NPA that his case had no prospects of a successful prosecution. The NPA confirmed this to Sowetan.

But Vurayai said his case was "doomed" from the beginning after his initial attempts to open the case against the powerful businessman in August were blocked until he threatened to approach the media.

He claimed Giannacopolous had allegedly assaulted him with a wooden pallet for more than three hours.

He said Giannacopolous had accused him of being an accomplice to the theft of stock by another driver.

"He asked me to show him where the driver stays and when I told him I don't know he said he will beat me up."

A Shoprite manager has been placed on suspension pending an investigation into an incident during which he was caught on video swearing at an ...
News
3 years ago

Vurayai said he was beaten in front of many witnesses.

"I was beaten in broad daylight in an open mall parking lot. The doctor said I sustained head injuries and bruises on my body, which was all in the medical report and J88 form."

This was not the first employee who had accused Giannacopoulous of assault. Last October, Sowetan reported that Memory Mapundu had laid an assault charge against Giannacopolous after he allegedly punched her at work.

Giannacopolous's lawyer Saul Shoot said his client denies all allegations made against him. "The vague allegations are untrue. They are part of a campaign to vilify my client," said Shoot.