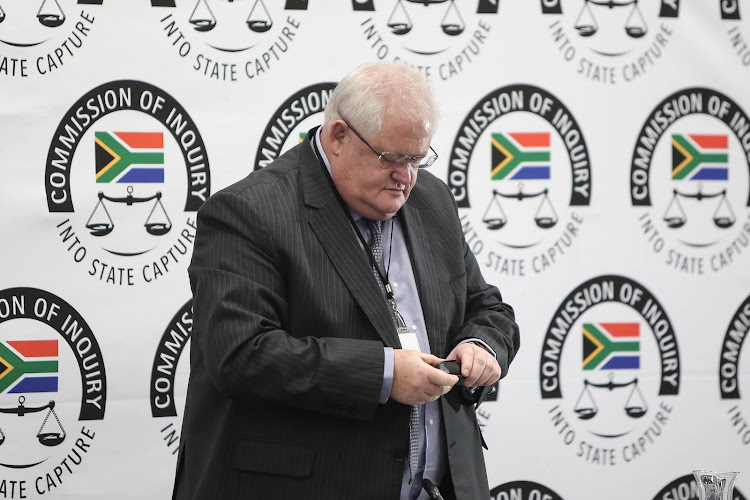 According to former Bosasa executive Angelo Agrizzi, who was testifying before the state capture inquiry on Monday, the company employed the services of Sesinyi Seopela to facilitate the payments to government officials.

Seopela, who once served as ANC Youth League president Peter Mokaba’s bodyguard, is alleged to be the middleman who Bosasa paid to pass on vital information on government contracts and pay officials for securing deals for the company.

Agrizzi said he first met Seopela at the Hyde Park shopping centre in Johannesburg in 2004. Seopela was said to be on Bosasa’s payroll as a consultant.

“Apparently he had been already involved in Bosasa, I just did not know about it. He was on the payroll as a consultant. He was being managed by Gavin Watson (Bosasa’s CEO). At a later stage in 2006, he [Seopela] was allowed to use the Bosasa VIP travel account for his own ends,” Agrizzi told the commission.

Agrizzi said Seopela would request large sums of cash to pay off government officials for information and bribes for lucrative contracts.

“He was able to get people to do things and get information to us... He would tell me who in which department it was for, or for what transaction it was for. It was very broad stroke. I often would request more detail and he would say no,” Agrizzi said.

In one instance, Agrizzi said he gave Seopela up to R500,000 per month between 2008 and 2016 to pay officials at the department of correctional services, where the bulk of Bosasa’s contracts come from. He said this amount increased to R750,000 after Tom Moyane was appointed as the department’s national commissioner.

From Dudu Myeni to Dr Khotso de Wee, Agrizzi opened a can of worms.
News
2 years ago

Agrizzi also admitted that Bosasa, through Seopela, bribed officials at the department of justice and constitutional development with R15m. He said he was present at a meeting where four officials from the department were paid to secure a contract for one of Bosasa’s companies, Sondolo IT.