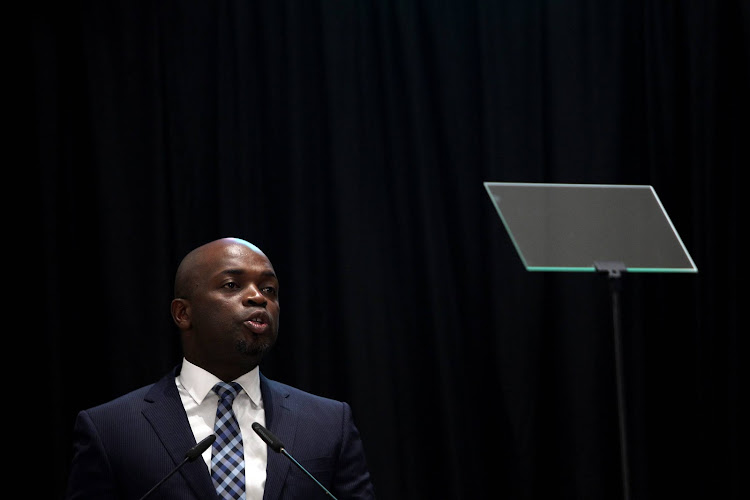 Today, I announce my decision to resign as the Executive Mayor of the City of Tshwane. My resignation will be finalised within the first two weeks of February. Up until the last hour, I will continue serving the people of Tshwane and putting their needs first.

This decision was not made lightly or hastily, and I have done so because I believe it best serves the interests of the people of Tshwane, and Gauteng as a whole.

Having led the multi-party coalition government in the City for the past two years I have seen first-hand the very devastating effects of ANC corruption and mismanagement of the country’s cities and towns.

When I took office, Tshwane was effectively bankrupt and was being used as an ATM for corrupt activities, which robbed the people of a chance to live a life of dignity.

With every passing day, and with every community and resident of Gauteng I engage with, it has become clearer to me that unless the Democratic Alliance governs Gauteng with an outright majority, that the people of Tshwane will always be negatively affected by a corrupt, inefficient and uncaring ANC provincial government – no matter how hard we work to turn around the municipality.

This is why I have made the decision to step down as the Executive Mayor of Tshwane and to focus solely on my role as the DA’s Premier Candidate for Gauteng.

Traveling across Gauteng during the past several months, I am heartbroken to see that what the failing ANC did in Tshwane, they have been doing across the province. I am angered to see that the ANC has long forgotten its mandate to govern for people but have been focused on self-enrichment instead.

This is exemplified by the fact that my colleague, Johannesburg Executive Mayor Herman Mashaba, has in two years, uncovered over R23 billion of public money that has been lost to ANC corruption.

This is billions of rands which could have been used to better the lives of the people of Johannesburg and Gauteng as a whole.Despite this, I am proud of our record in Tshwane under the DA-led multiparty coalition government.

We have started to systematically remove the rot that had been festering in the city and placed the delivery of basic services at the forefront of our agenda.

• Inherited a R2 billion deficit. We were able to correct this and show a surplus at the end of the first financial year in office in 2017;

• Uncovered over R1.5 billion that was squandered by the previous ANC government. We were able to reduce unauthorized expenditure by over a billion rand and irregular expenditure by R100 million;

• Managed to remove over 900 political appointees in the Mayor’s office who were glorified ANC cadres drawing millions of rands from the city;

• Managed to sell the mayoral mansion inherited from the former ANC-led administration and used the R5 million from the sale to build RDP houses for 40 families in Attridgeville;

• Supported real economic development by opening the EPWP programme to all residents, not just those who are associated or linked to the ANC, by adopting an open and inclusive lottery system.

So far, we have provided the residents of this City with 16125 job opportunities and by the end of last year the City had registered over 120 000 people on the new fair lottery-based system;

• The City has also given out bursaries. We began the Msimanga Informal Trader Bursary Fund which has made available R226 325 to settle outstanding fees for the 2017 academic year for ten existing beneficiaries;

• Our efforts to attract investment have far exceeded our initial goals. TEDA has an investment target of R1.5 billion - the current investment pipeline amounts to R3.84 billion with a potential 1 850 job opportunities.

• Ensuring the City received a credit upgrade from Moody’s and was assigned a stable outlook. Moody’s ascribed this upgrade to the improvement in the City’s operating performance and the strong liquidity position built up over the past two years.

The upgrade means that those who want to do business with Tshwane, particularly local and international investors, will begin to offer discounted interest rates and better terms despite the recent rate hike by the Reserve Bank;

• Launched an inner-city rejuvenation project to improve, among other things, the cleanliness and viability of the City for entrepreneurship and further investment.

• The result of our efforts has been a R3.8 billion in investment with potential 1850 new jobs being created soon. There are 15 new projects in the investment pipeline worth approximately R2 billion, which include automotive suppliers, logistics projects, aviation and hi-tech manufacturing.

These achievements and material differences that we have begun to make in the lives of those who explicitly voted the ANC out of government and replaced them with the coalition government will require a strong successor who will carry on this important work.

The DA in council, along with our coalition partners will now begin the work of identifying a candidate who will not only continue this record in government but will accelerate the delivery of basic services.

While much work has been done to turn this metro around after decades of ANC mismanagement, we must never forget the people whose lives still need to change drastically.

As difficult as it was to turn these metros around after decades of mismanagement, through sheer political will and commitment to serving the people who voted for us, we have managed to make significant inroads.

This is my goal for Gauteng. It is crucial, if this province is to prosper and we are to lift the millions of people who live here out of poverty, that we bring on a DA government.

In the last few weeks, we saw the release of the 2018 matric results, where the real pass rate of the province is only 48%. This means that millions of learners who began grade one 12 years ago have been lost through the system and less than half of them make it through matric. This is a crisis.

What is even more tragic is that millions of those who have passed matric are likely to join the ranks of the unemployed, trapping them in an impossible cycle of poverty. Gauteng is contending with a 30% unemployment rate which in will not positively change under the leadership of Premier David Makhura and the failing ANC.

In addition, more communities are becoming warzones in our province with unacceptable levels of crime; illegal immigration has led to a complete collapse of the system caused by our porous borders and dysfunctional Home Affairs; and the provision of basic services in too many parts of the province has come to a grinding halt.

A clear example of this is the flooding in the Sebokeng and Vaal area last week.

This unspeakable damage to over 70 people’s homes can be traced back to a municipality that has failed to provide even the most basic service delivery functions. Premier Makhura is clearly out of his depth and cannot manage to hold local municipalities to account for the collapse of local governance and service delivery.

The failures under Makhura and the ANC in this province have a real and human impact. These are not simply governance failures that have allowed corruption to thrive.

These are human lives which have been destroyed by an uncaring ANC government. It has been 2 years since the country and the world at large was shocked by the killing of 148 psychiatric patients through the Life Esidimeni scandal. If there was ever an example of government that is killing the very people it is meant to serve, it is the Life Esidimeni matter.

There are over 200 families who have yet to receive their claims from the provincial government and hundreds of loved ones who are yet to find their family members after 2 years.

To date 21 mental health patients who were discharged after the Gauteng Health Department cancelled its contract with Life Esidimeni have still not been found.What is clear is that Gauteng is in a state of crisis. The province is too big and too crucial to fail.

We need to usher in a capable government with a proven governance track record and one that is intolerant of corruption even when it occurs within our own ranks.I am committed to ensuring that we take this message and call to action of building One South Africa for All to every corner of Gauteng.

This move will allow me to extend the work that the DA-led administrations in Tshwane, Johannesburg and Midvaal have done, across the Gauteng. The people of this province deserve this after decades of ANC plundering.

It is our intention to elect a new mayor at a Council meeting as early as possible in February.

The residents of Tshwane are assured that we will work tirelessly in order to ensure that there is a seamless transition.

I have every confidence that the DA will put forward an outstanding candidate who will carry on with the hard work of rebuilding the City and delivering on our manifesto commitments.

I am hopeful in particular that the EFF will support our mayoral candidate, as they face a clear choice – continue to root out corruption and improve service provision – or hand power back to the corrupt ANC.I would like to thank the people of Tshwane for entrusting me with the responsibility of bettering their lives.

The progress we have made in the City will be emulated across the Province. It is possible to bring real change to Gauteng, and the power to do so lies in the hands of every voter in Gauteng.