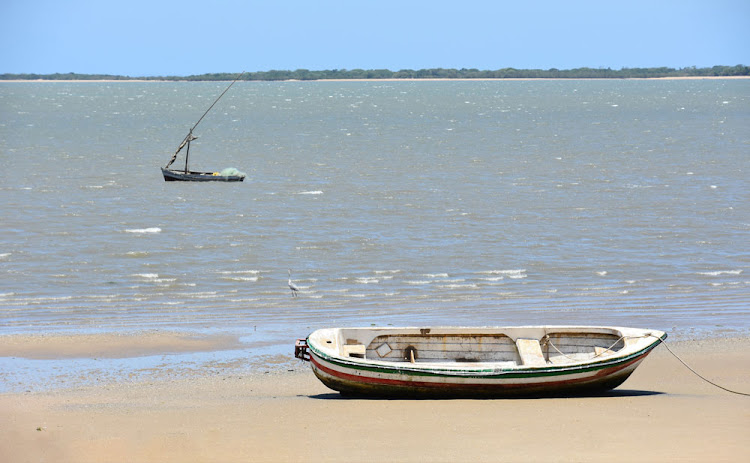 Boats of fishermen near the beach at the Indian Ocean near Maputo the capital of Mozambique
Image: Gregory Maassen/123rf

A South African father's hopes of finding his daughter alive in Mozambique were dashed when the body of one of her friends was retrieved from sea yesterday.

Nico Matsepe's 19-year-old daughter Lesego was among a group of eight youths who left SA last Saturday to neighbouring Mozambique to celebrate a friend's birthday.

The trip took a devastating turn on Monday when four members of the group were swept away by a strong current while swimming at one of Mozambique's islands.

The search for Lesego and two others is expected to resume at 9am today.

"We hope that the other bodies will be retrieved. I lost hope of finding my daughter alive after one body was discovered," Matsepe said.

Matsepe, who is in Mozambique, said his daughter had been excited to go on vacation with her friends.

"The trip was planned a long time ago. They were all looking forward to it," he said.

Matsepe said he was saddened by the incident, adding that the families panicked when they first heard that their children were in trouble.

Another parent, George Mmotong, whose daughter Lesedi survived the ordeal, said they arrived in Mozambique on Tuesday after getting distressed calls from the kids.

"The search is still on for the others. The mood is very tense but being together helps us to be strong," Mmotong said.

Yesterday, international relations and cooperation minister Lindiwe Sisulu was briefed on the search mission and consular services offered to the affected families.

Spokesperson for the department Ndivhuwo Mabaya said the government was working with the high commissioner in Mozambique to assist with the search. The eight friends were from Limpopo, Free State and Mpumalanga provinces.

Kenny Mathivha, the spokesperson for Limpopo, which has since joined in the search, said: "The families are under serious trauma."