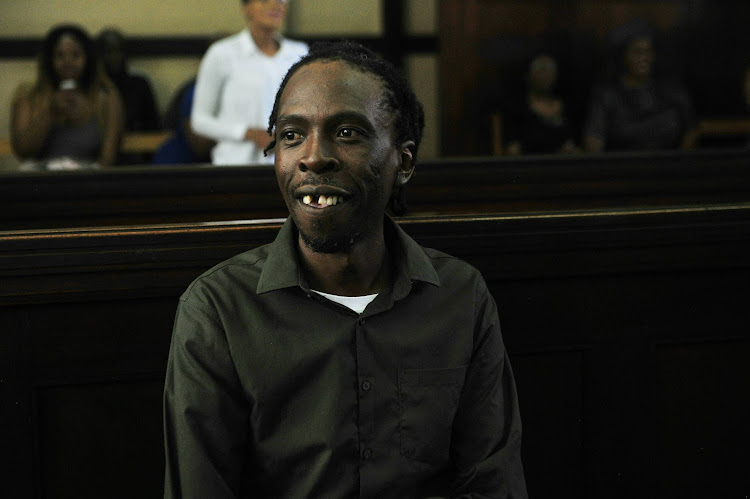 Musician and murder-accused, Pitch Black Afro's bail application was once again met with delay in the Johannesburg Magistrate's Court on Friday, after the case was postponed to next week.

The star, who has been charged with the alleged premeditated murder of his wife Catherine "Trisha" Modisane on New Year's Eve made a brief appearance in court, smiling and greeting his mother who had again come to offer her support.

Earlier this week the state had been granted time to verify details of the place Pitch Black Afro would stay if he were to be granted bail.

The state confirmed on Friday that the address had been verified and they were ready to proceed with the bail application.

The matter was then postponed to January 24 for a formal hearing.

Pitch Black Afro looked relaxed and smiled for cameras, as well as, those in the gallery.

The case has gripped Mzansi since news of Trisha's death surfaced a couple of weeks ago.

According to Sowetan Trisha's death was originally thought to have been of natural causes but a pathologist later found it was in fact caused by unnatural causes, which led to the inquest being changed to murder and Pitch Black Afro being arrested.

Pitch Black Afro's mom, who did not want to be named told TshisaLIVE earlier this week that she was still struggling to come to terms with events.

"I am still very confused and hurt by everything but I will surrender everything to God," she said.