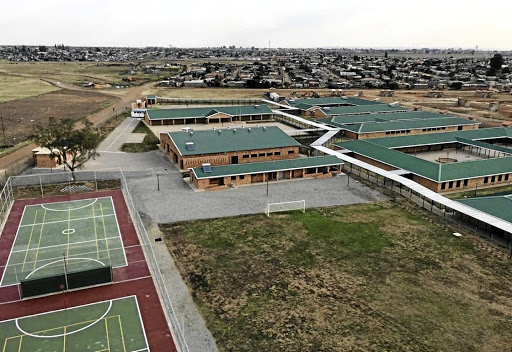 Menzi Primary School in Tsakane. The state-of-the-art school was recently opened and equipped with computers to kick off the province's drive towards e-learning / TWITTER

Criminals got away with close to 200 computer equipment; a plasma TV and other electronic goods during a robbery at a state-of-the-art school which was officially opened just last week.

The burglary is a blow to the Gauteng department of education's drive to build high-tech schools in the townships.

The break in at Menzi primary school in Tsakane, on the East Rand, took place on Monday, according to police. 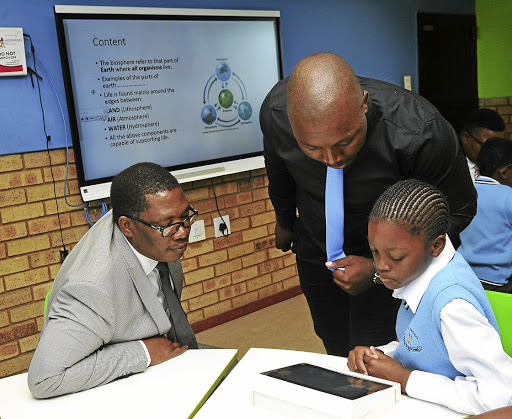 Gauteng education MEC Panyaza Lesufi described the theft as heartbreaking and has called on the community to "hunt down" the robbers by Friday.

"The criminals broke the main vault door to access the keys of the entire school. In all other vaults they opened with keys. Some of the keys were left but the school is checking if there are any other keys missing.

"The main areas that were broken into are the administration block and IT offices where the tablets are charged," Gauteng education spokesperson Steve Mabona said.

"It is very sad that all grade 7 learners do not have any textbooks as their e-books are gone with the tablets."

Mabona said two patrollers who were working night shift were tied up and locked in a storeroom.

Police spokesperson Captain Kay Makhubele said the two patrollers, who were also robbed of their cellphones, were discovered by their colleagues when they reported for work the next morning.

"We have opened a case of robbery but no arrests have been made," Makhubele said.

Lesiba Mpya, acting mayor of Ekurhuleni, said the robbers who broke into the school were "throwing the future of the kids down the drain".

"When we opened the school last week we assured the kids of a better future. For once they were going to get quality education in their area without having to go to white schools in town," Mpya said.

"Now that future is like a pipe dream as someone decided to steal from these innocent children. This was the first school to be given modernised infrastructure by our government to improve the lives of children n townships."

Last week Lesufi told Sowetan that all schools in Duduza had been broken into during the December holidays.

Gauteng MEC for infrastructure development Jacob Mamabolo, whose department built the school, described the theft as barbaric and backwards.

"If you steal from the people, you are taking black and African people backwards. These criminals do not care about the learners' future, their parents and the community at large," said Mamabolo.

He added that during the construction of the school there was a "lengthy" process which ensured that the community becomes part of the project and embraces the school as its own "not just as a government asset".

Mamabolo's department, as the custodian of all provincial government assets, has a campaign named "I care, We care" which encourages communities to protect public infrastructure.

The top matriculants in Gauteng will each receive a four-year bursary to a university of their choice, the provincial government announced on January ...
News
2 years ago
Next Article