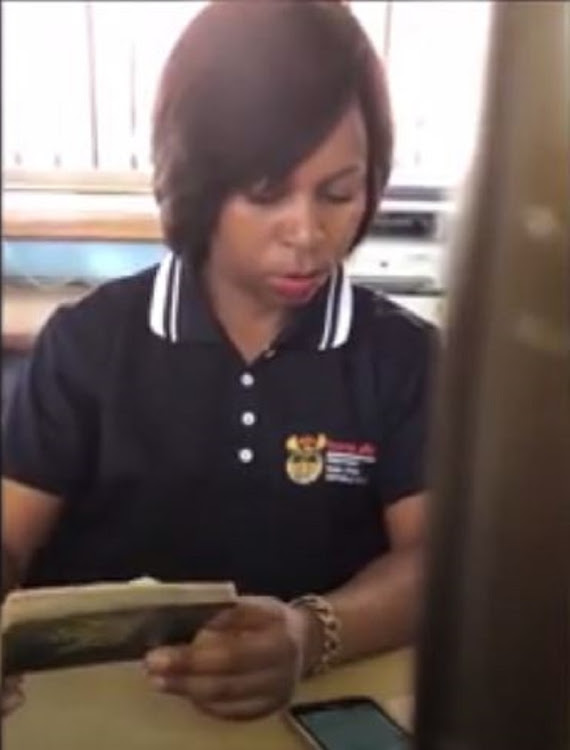 A workers union has slated the proposal to ban cellphone use by workers on duty at home affairs front desks.

Nehawu general secretary Zola Saphetha said unfilled posts at offices of home affairs across the country were the results of delayed service delivery, not the use of cellphones.

Saphetha said Chauke, in his capacity, is supposed to know the challenges brought about by the number of unfilled posts at home affairs across the country.

"Chauke should not use workers as scapegoats for the department's shortcomings.

"It is our strong view that long queues and delayed processes at the offices are due to short staffing and an overworked workforce. The department services over 57 million citizens with a total of 9,100 employees, hence our members are overworked but do their best, including working overtime," Saphetha said.

On Tuesday, Chauke said the committee has received numerous complaints from the public over delays at home affairs offices.

He said it was "unacceptable" for the public to spend excessive amounts of time at home affairs while officials spend time busy with their cellphones. He said this gives tourists a bad impression of SA when they have to wait for hours at border gates.

Cut the chit-chat and do your job: call for ban on cellphones at home affairs

Please turn off your phone or switch them to silent.
News
3 years ago

Saphetha said Nehawu did not condone the use of personal cellphones during working hours.

"However, we find it unacceptable that the blame for delays in service delivery is put on the shoulders of our members and workers," he said.

He said many posts of workers who resigned or left the department about four or five years ago have not been filled.

"The situation was made worse when Treasury introduced cost-cutting measures in the public service."

Cellphone-addicted Home Affairs official's bosses are in trouble too

Disciplinary actions are being instituted over a video clip portraying a Home Affairs official at Beitbridge border post checking her Facebook and ...
News
4 years ago
Next Article