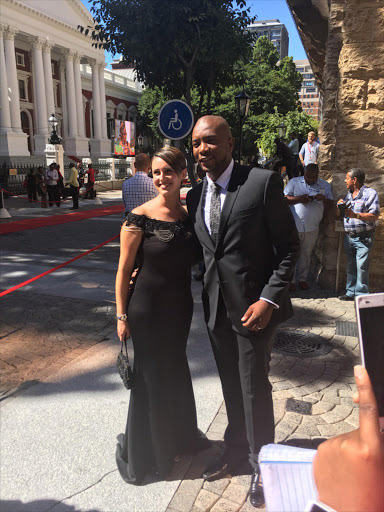 When Natalie Maimane tried to report a stolen handbag to the police late last year‚ she was sent from pillar to post - until one officer realised she was married to the leader of the opposition in parliament.

DA leader Mmusi Maimane revealed that the police at a Cape Town police station only took action when an officer saw his wife's identity document‚ which linked her to him.

“She went from police station to police station and no one could help her. The question was typified by [officers] saying‚ 'Do you actually want us to investigate or do you want a case number?'

“Eventually she decided to camp out at the police station‚” said Maimane.

Government interventions in the war on crime can’t succeed “if our crime statistics continue to be – as they have been in the past — woefully ...
News
6 years ago

He said as Natalie became an irritation to the police‚ a police officer asked for her ID document to see what he could do.

“He looked at the ID and said‚ 'Hawu! Maimane! Are you married to that Maimane from the DA?’”

It was only then that the police began to work on the case‚ he said.

“I laugh about it‚ but it is an injustice of our country. No one should get services in this country because of political connections or because they know someone.”

Maimane was addressing the Cape Town Press Club about the DA's plans should it become governing party. He lamented‚ among other things‚ unprofessional service ordinary South Africans were getting from the police.

The incident involving his wife was evidence that you have to be “politically connected” to get an honest and professional service‚ he said‚ as he urged members of his largely white audience to drive to the so-called murder capital of SA‚ Nyanga‚ to see for themselves the conditions in the area.

Maimane said when he visited the Nyanga police station a few weeks ago‚ the police there told him that they were understaffed but‚ mainly‚ the problem was that they did not have provincial intelligence and‚ therefore‚ did not know exactly who the criminals were.

The DA wants the government to decentralise policing and give provinces real power in crime-fighting.

DA wants policing to be decentralised and provinces given more power

A DA-led government would seek to decentralise policing and give provinces real power in crime fighting and community protection - Maimane said on ...
News
3 years ago

Turning to the elections‚ Maimane sought to demystify a belief that a Cyril Ramaphosa-led ANC and government would be better than that of Jacob Zuma.

A number of polls over the past year have shown Ramaphosa to be popular with South Africans of voting age‚ and even more popular than the party he leads.

“I have no problem with President Cyril Ramaphosa‚ but all I know is that government is run by systems and not individuals. If you get a fresh bag of potatoes and you [already] got a bag of potatoes that are rotten‚ it doesn’t matter how many fresh potatoes you put ... the consequences are the same‚ which means the whole bag remains rotten‚” said Maimane.

Although Maimane wouldn't say which political party the DA would work with in the event there was no outright winner at the polls‚ he reiterated that coalition governments were the future in SA. He hoped the ANC would split and that some of its members who wanted expropriation of land without compensation would work with the EFF and those who‚ like the DA‚ believed in a market-based economy would work with his party.

Maimane cited the ANC's elections manifesto launched at the weekend which he said looked like “a jigsaw puzzle of ideas that do not form a coherent picture” as some evidence that the governing party itself was some sort of a coalition on its own.