Vusi Pikoli to head up risk and compliance at ailing SAA 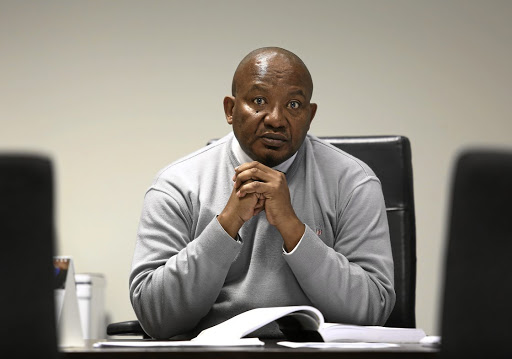 Pikoli‚ who was NDPP from 2005 to 2007‚ is currently an adviser to state security minister Dipuo Letsatsi-Duba.

He was suspended as National Prosecuting Authority (NPA) boss by then-president Thabo Mbeki in 2007 because of an "irretrievable breakdown in the working relationship between the minister of justice and constitutional development and the NDPP".

Former national director of public prosecutions Vusi Pikoli has denied reports that he is among three people in the running to fill a vacancy left by ...
News
3 years ago

In 2009‚ parliament fired Pikoli after a recommendation by then-president Kgalema Motlanthe. Pikoli claimed that he was removed because he was pushing for the prosecution of former police commissioner Jackie Selebi.

He has also been the director-general in the department of justice and constitutional development‚ and has private-sector experience as a director and head of forensic investigations.

Pikoli has aviation industry exposure through his involvement in reinsurance of aircraft fleets while working for an insurance company‚ SAA said. He will take up his new role at SAA on February 1 and will report to group CEO Vuyani Jarana.

"The appointment of advocate Pikoli is as important as it is significant in demonstrating our resolve to bringing capacity to the executive team to execute on our turnaround strategy with much urgency‚" SAA spokesperson Tlali Tlali said.

He added that SAA had made it one of its priorities to cleanse the organisation of corruption.

The state-owned airline has struggled to generate a profit since 2011 and has come under fire for putting strain on the fiscus. SAA needs R21.7bn in recapitalisation over three years to fund and fully implement its turnaround strategy to reach a break-even point by the end of the 2021 financial year.

It received a R5bn bailout from the government during the medium-term budget policy statement.

Tlali said that in trying to secure the funding for SAA to meet its working capital requirements‚ the airline had recently approached local lenders to raise R3.5bn‚ which would sustain the business until the end of the current financial year. This process is still under way. SAA met local lenders on Friday‚ he said.

Said Tlali‚ "We are resolute about our commitment to restore and maintain good governance at required levels at SAA‚ as this is one of the important enablers for the effective implementation of our turnaround plan."