No honour for Chippa Masinga in his hometown, although a hero abroad 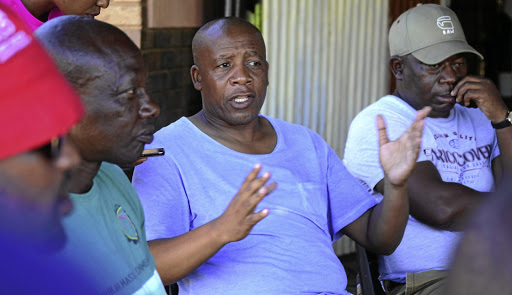 The 49-year-old Masinga died at a Johannesburg hospital.

President of the South African Masters and Legend Football Association Buddha Mathathe said: "He is gone. Our legend is gone... It is not right.

"It is such a tragic loss for the family and for the entire country," he said.

"He is no ordinary legend, he was an international legend."

Masinga was admitted to Tshepong Hospital in Klerksdorp last month and then later moved to Parktown.

In his hometown of Khuma, a small mining town outside Klerksdorp in the North West, residents flocked in their numbers into his parents' home after hearing about his death.

His friends, people who grew up with him, said he was a living legend who was enthusiastic to revive the ghost town he grew up in.

Even though his family had asked to be given time to mourn, the residents who camped outside his home started relating stories of how they remembered him.

Former Jomo Cosmos player Lesedi Tlisane was among the first people to arrive at his home.

He said "Chippa", as he was affectionately known, was a mentor to many youngsters in Khuma.

"He wanted to see young people develop, he pushed where he could and funded many township organisations," he said.

Tlisane said it was a pity that Masinga was not honoured while he was still alive. "Its strange, he was honoured overseas where he played but back home, especially here in Khuma, we do not even have a street named after him," he said.

Masinga's friend Mlungisi Alexander said Masinga's death destroyed him. "I'm destroyed, I feel very bad, I do not know if I will be able to cope with normal business tomorrow," he said.

Alexander said Masinga was a great person to be with. "He was generous and committed to the cause of action."

But resident Brian Fesi said Masinga stood out. "This township produced public figures especially in soccer and in government, three former MECs came from here, but Chippa outshone them."

He said even though they thought he would revive Khuma through soccer, he had bigger plans as he focused on the mining industry after retiring from football.

He said Masinga wanted to raise funds through mine waste solutions, and rock dump rehabilitation that was supposed to develop the town.

"So the only opportunity that was reserved was those rock dumps. It triggered him as he saw it as a gateway to develop Khuma," he said.

Masinga started playing for Rovers and later went to Flamingo Football Club as a striker in Khuma. He was 17 years old at that time.

Soccer player spotters like Jomo Sono came to the township and that was where he was identified as a talented player.

He went on to play for Jomo Cosmos, Mamelodi Sundowns and Bafana.

He did well and played internationally for Leeds in England and Bari in Italy.

His family was still to announce funeral arrangements.